Greta Gerwig Net Worth: Greta Gerwig is an American actress who has a net worth of $4 million dollars. Born in 1983 in Sacramento, California, Greta Gerwig studied English and philosophy at Barnard College. She planned to become a playwright, though she was cast in a small part in the movie "LOL" while still in school.

She became interested in the mumblecore film movement as a result. She has appeared in "Hannah Takes the Stairs", "Baghead", "Nights and Weekends", "I Thought You Finally Completely Lost It", "The House of the Devil", and "Family Tree" before landing the critically acclaimed role of Florence Marr in 2010's "Greenberg". She appeared in "No Strings Attached", "Damsels in Distress", "Arthur", "To Rome With Love", and "Frances Ha", which was nominated for a handful of awards. Gerwig earned a Golden Globe Award nomination for Best Actress in a Motion Picture Musical or Comedy for the part. She and her boyfriend, Noah Baumbach, worked together on "Greenberg" and "Frances Ha". Gerwig sat on the jury during the 64th Berlin International Film Festival. She made her first on-stage appearance in a production of "The Village Bike" in New York in 2014. Gerwig was set to star in "How I Met Your Dad", a spin-off of the hit CBS comedy series "How I Met Your Mother", but it was not picked up. Greta Gerwig wrote and directed the critically acclaimed 2017 movie Lady Bird. It was her solo directorial debut and the film was eventually nominated for two Academy Awards and won a Golden Globe for Best Motion Picture – Musical or Comedy. 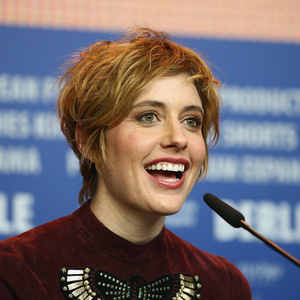