Greta Garbo Net Worth: Greta Garbo was a Swedish-American actress who had a net worth of $50 million. Born Greta Gustafsson in Stockholm, Sweden, in 1905, Greta Garbo took work where she could find it as a teenager. She washed hair in a barbershop and worked as an errand girl before landing a job modeling hats for a local department store.

Soon, that led to a job as a fashion model and, eventually, TV commercials in the early '20s. She appeared in the 1922 short movie "Peter the Tramp", and her acting career was born. She studied at Stockholm's Royal Dramatic Theatre and appeared alongside Lars Hanson in "The Saga of Gosta Berling" and later scored a part in "Die freudlose Gasse". During the mid-'20s, Garbo moved to New York City and couldn't speak a word of English. She appeared in 1926's "Torrent" and "The Temptress", which launched her Hollywood star. Garbo soon became the era's go-to silent film actress, starring in three with John Gilbert. She became one of the biggest attractions at the box office through the 1930s. Garbo appeared in "Anna Christine" in 1930 in her first speaking part in Hollywood and earned her first Oscar nomination for the role. She earned her second nod for 1930's "Romance". In 1931, she landed a part in "Mata Hari" and, in 1932, she appeared in "Grand Hotel", which won the Oscar for Best Picture. She earned her third Academy Award nod for 1939's "Ninotchka". After appearing in a dozen more films, including "Anna Karenina", "Camille", "Conquest", and "Two-Faced Woman", Garbo retired from film in 1941. She became a naturalized U.S. citizen a decade after retirement and lived in Manhattan. Garbo never married and had no children, though she did have a brief romantic interlude with co-star John Gilbert. After successfully battling breast cancer during the '80s, Garbo died on April 15, 1990, after going into renal failure and suffering from pneumonia. 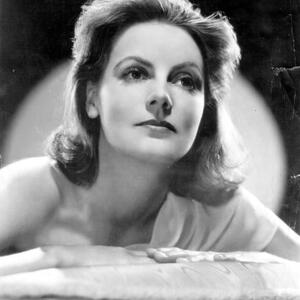