Gregory Peck net worth: Gregory Peck was an American actor who had a net worth of $40 million. Gregory Peck was born in San Diego, California in April 1916 and passed away in June 2003. From the 1940s to the 1960s Peck was one of the most popular film stars in America.

He starred as Atticus Finch in the 1962 movie To Kill a Mockingbird and won the Academy Award for Best Actor for that role. Peck was also nominated for Best Actor for his roles in the films The Keys to the Kingdom in 1944, The Yearling in 1946, Gentleman's Agreement in 1947, and Twelve O'Clock High in 1949. Peck also starred in movies such as Spellbound, The Paradine Case, Roman Holiday, Moby Dick, The Guns of Navarone, Cape Fear, How the West Was Won, The Omen, and The Boys from Brazil. Peck also won multiple Golden Globe Awards, a Screen Actors Guild Life Achievement Award, and was awarded a star on the Hollywood Walk of Fame at 6100 Hollywood Blvd. He was honored by President Lyndon Johnson with the Presidential Medal of Freedom in 1969. Gregory Peck passed away on June 12, 2003 at 87 from bronchopneumonia. 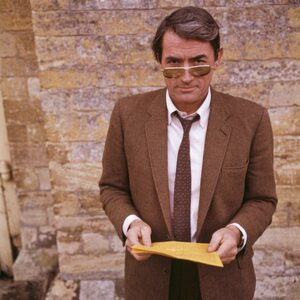