Gregory Nicotero net worth: Gregory Nicotero is an American special effects coordinator, actor, and director who has a net worth of $8 million dollars. Gregory Nicotero was born in Pittsburgh, Pennsylvania, and knew he wanted to pursue a career in specials effects from an early age. Inspired by films like "Jaws" and "Dawn of the Dead", he began apprenticing under famed special effects creator, Tom Savini, and then went on to work for the award-winning horror director, George A.

Romero. Over the course of his nearly 30-year career, he has provided special effects for such film and television projects as "Day of the Dead", "Predator", "Evil Dead II", "Army of Darkness", "Pulp Fiction", "Lord of Illusions", "Eraser", "Scream", "Boogie Nights", "The Green Mile", "Spy Kids", "Mulholland Drive", "Austin Powers in Gold Member", "Minority Report", "Kill Bill", "Hostel", "Casino Royale", "Breaking Bad", and "Oz the Great and Powerful". He is most widely recognized as a special effects artist, director, and actor for the hit series, "The Walking Dead". 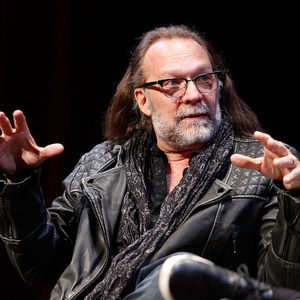