Gregg Sulkin net worth: Gregg Sulkin is an English American actor who has a net worth of $3 million. Gregg Sulkin was born in the City of Westminster, London, England in May 1992. From 2010 to 2012 he starred as Mason Greyback on the television series Wizards of Waverly Place. From 2014 to 2016 he starred as Liam Booker on the TV series Faking It.

Sulkin began starring as Chase Stein on the series Runaways in 2017. He has also had recurring roles on the TV series The Sarah Jane Adventures, Melissa & Joey, and Pretty Little Liars. He has starred in films including Sixty Six, The Heavy, Camilla Dickinson, White Frog, Another Me, Affluenza, Anti-Social, Don't Hang Up, and more. Gregg Sulkin has also appeared in episodes of the TV series Doctor Zhivago, Life in Pieces, and more. Sulkin won a Teen Choice Award in 2014 for Choice TV: Breakout Show for Faking It and was nominated for a Teen Choice Award in 2014 for Choice Summer TV Star: Male. 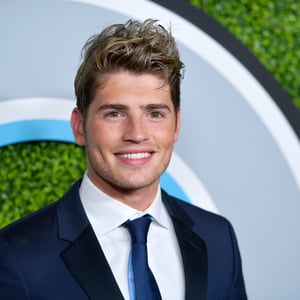