Greg Vaughan Net Worth and Salary: Greg Vaughan is an American actor and ex-model who has a net worth of $8 million. During his career to date, Vaughn has appeared in more than 600 episodes of both "Days of Our Lives" and "General Hospital".

He was born James Gregory Vaughan, Jr., in 1973, in Dallas, Texas. Greg Vaughan made his TV debut in a 1996 episode of "Baywatch". Prior to making his acting debut, he modeled for Giorgio Armani, Tommy Hilfiger, Ralph Lauren, and Versace.

He is best known for his parts in several soap operas, playing Diego Guittierez on "The Young and the Restless", Lucky Spencer on "General Hospital", and Eric Brady on "Days of Our Lives". Vaughan starred as Spencer from 2003 until 2009 and has been on "Days of Our Lives" since 2012. He also had a recurring part as Dan Gordon on "Charmed" from 1999 until 2000, appearing in more than a dozen episodes. Vaughan's other TV and film credits include "Beverly Hills, 90210", "Buffy the Vampire Slayer", "The Love Boat: The Next Wave", "Mortal Kombat: Konquest", "Will & Grace", "Nash Bridges", "Sabrina, the Teenage Witch", "Still Standing", "The Closer", "GCB", "Children of the Corn V: Fields of Terror", "Love's Christmas Journey", "Poison Ivy: The New Seduction", and "And Then There Was You". He has been the spokesman for I Can't Believe It's Not Butter, replacing Fabio.

Greg Vaughn was married to Dutch actress Touriya Haoud from 2006 to 2014. They have three sons together. 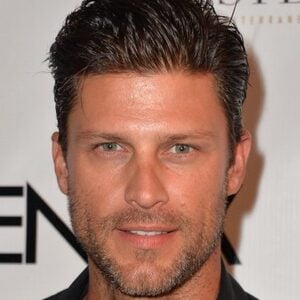