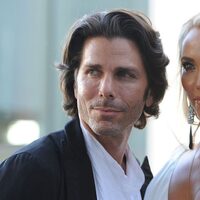 Greg Lauren net worth: Greg Lauren is an American actor and painter who has a net worth of $10 million dollars. Greg Lauren was born in New York, New York, and graduated from Princeton University with a degree in Art History in the early 90s. He is the nephew of famed designer, Ralph Lauren. He made his professional acting debut in the early 90s on "Melrose Place". Since then, he has gone on to appear in such projects as "Batman Forever", "A Time to Kill", "Silk Stalkings", "Batman & Robin", "Boogie Nights", "Working", "The Practice", "Diagnosis: Murder", "The Young and the Restless", "The Wedding Planner", "V.I.P.", "Pasadena", "The Learning Curve", and "Time of Fear". He is a successful painter, whose work fetches as much as $15,000, and he has sold paintings to such celebrities as Renee Zellwegger and Ben Stiller. He also created the cover art for the DC Comics title, "Hellblazer", briefly. He is currently married to Saved by the Bell actress Elizabeth Berkley.