What is Greg Kinnear's Net Worth?

Greg Kinnear is an American actor who has a net worth of $20 million. He is perhaps best known for his role in the film "As Good as It Gets," and his performance in that picture earned him an Academy Award nomination for Best Supporting Actor. During the 90s, Kinnear became known for his roles in movies like "Sabrina" and "You've Got Mail." During the 2000s, he appeared in movies like "Nurse Betty," "Someone Like You," "We Were Soldiers," "Auto Focus," "Stuck on You," "Robots," and "Little Miss Sunshine."

During the 2010s, Kinnear appeared in movies like "Green Zone," "The Last Song," "Heaven is Real," and "Misbehavior." Greg is also known for his television work, having appeared in shows like "Friends," "Talk Soup," "Modern Family," "House of Cards," "Rake," and many others throughout the decades. Known for his everyman appearance, Kinnear is one of the most recognizable faces in Hollywood and has played a vast range of characters during his time in the spotlight. He is also known for playing politicians such as John F. Kennedy and Joe Biden.

Gregory Buck Kinnear was born on June 17th of 1963 in Logansport, Indiana. His father was a career politician who worked for the State Department, and Greg was raised alongside two older brothers. Because of his father's work, Kinnear spent his early years living in places like Beirut and Athens. During his high school years in Athens, Greg had his experience with entertainment after becoming the host of his own radio show. He eventually returned to the States to attend the Univesity of Arizona. During his college years, he joined a fraternity and studied broadcast journalism, eventually graduating in 1985 with a degree.

Greg Kinnear actually began his entertainment career as a game show host. After hosting shows like "College Mad House," "Best of the Worst," "Talk Soup," and "Later with Greg Kinnear," he turned his attention towards acting. Starting with the film "Blankman," he then joined the cast of "Sabrina" in the 90s. Kinnear then earned considerable praise for his role in "As Good as it Gets" before appearing in "You've Got Mail." During this period, he also gained recognition for his roles in movies like "Mystery Men," "Nurse Betty," and "Someone Like You." 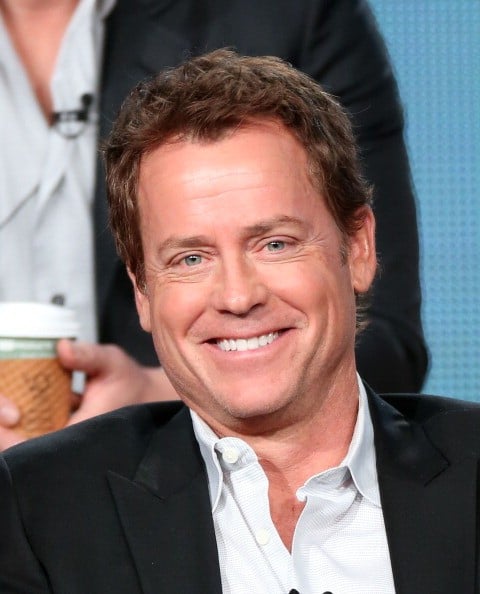 During this period, Kinnear began to show his impressive range. He often plays "good guys," but is equally at home while playing villains or "weirdos." He teamed up with Matt Damon for the comedy film "Stuck on You" and joined Pierce Brosnan in 2005's "The Matador." During this period, he also established himself as a voice actor with a notable role in the animated film "Robots." Another major step forward came with "Little Miss Sunshine" in 2006, which won an Oscar.

During the 2010s, he branched out with movies like "The Last Song" while also playing the lead role of John F. Kennedy in the miniseries "The Kennedys." Over the next decade, Kinnear booked roles in movies like "Heaven Is for Real" "Anchorman 2: The Legend Continues," and "Phil." He directed the latter film while also serving as the executive producer. During his career, Kinnear has appeared in series like "Friends," "Modern Family," "Unbreakable Kimmy Schmidt," "House of Cards," "The Twilight Zone," and "The Stand."

In 2001, Greg and his wife Helen paid $3.6 million for a home in LA's Brentwood neighborhood. The seller was rock singer Meat Loaf. In 2017, they paid $3 million for a home on the same block. In September of 2020, they listed the first home for sale for $6.6 million. His first home in the area features a gated perimeter, 5,100 square feet of living space, and five bedrooms. Additional highlights include black marble countertops, French doors, and a fireplace in the master bedroom. Outside, there is a brick-paved porch, large sycamore trees, lush lawns, and a sizable pergola.