Greg Grunberg Net Worth: Greg Grunberg is an American actor who has a net worth of $3 million. Born in Los Angeles, California, in 1966, Greg Grunberg made his on-screen debut in an uncredited role in 1993's "Witchcraft V: Dance with the Devil" as a bartender. He had several smaller roles before landing the role of Sean Blumberg on the hit series "Felicity" alongside Keri Russell, Scott Speedman, and Amy Jo Johnson from 1998 until 2002.

Grunberg also appeared in "Hollow Man" and "NYPD Blue" before scoring the part of Eric Weiss on the Jennifer Garner hit series "Alias" from 2001 until 2006. Grunberg appeared in "Austin Powers in Goldmember", "Malibu's Most Wanted", "The Dead Zone", "The Ladykillers", "Lost", "Monk", "Mission: Impossible III", and "The Darkroom", before starring as Matt Parkman in NBC's "Heroes" from 2006 until 2010. He guest starred on "Hawaii Five-0" and "Psych" before landing a recurring part on "The Client List" as Dale from 2012 until 2013. He has been married to his wife, Elizabeth Dawn Wershow, since 1992, and they have three children together. Their son, Jake, suffers from epilepsy, and Grunberg spends a considerable amount of time working to raise awareness about the disorder. He has hosted events for the Pediatric Epilepsy Project, attracting celebrity participants such as Pink, Jennifer Garner, Michael Vartan, Hayden Panettiere, and Donald Trump. He founded TalkAboutIt.com, a site that seeks to provide community support for those diagnosed with epilepsy and their loved ones. 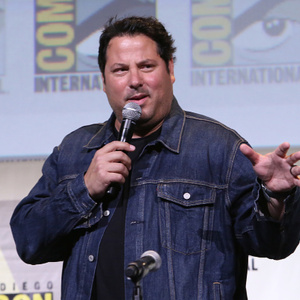