How much is Greg Germann Worth?

Greg Germann Net Worth and salary: Greg Germann is an American actor who has a net worth of $8 million. Greg Germann is probably best-known for appearing in the television shows "Ally McBeal" and "Grey's Anatomy".

Greg Germann was born in Houston, Texas in February 1958. He was a theater major at the University of Northern Colorado and acted in New York theater. His first film appearance came in the movie Streetwalkin' in 1985. He starred in the TV series Sweet Justice from 1994 to 1995. From 1995 to 1997 he starred as Eric "Rico" Moyer in the series Ned and Stacey. One of his best known roles came as Richard Fish on the TV series Ally McBeal from 1997 to 2002. In addition to acting he also directed a few episodes of Ally McBeal. Germann has had recurring roles in the series Tour of Duty, Ellen, In Case of Emergency, House of Lies, NCIS, Aim High, and Law & Order: Special Victims Unit. He has starred in the movies Child's Play 2, So I Married an Axe Murderer, Clear and Present Danger, The Sandlot 2, Talladega Nights: The Ballad of Ricky Bobby, Friends with Money, Here Comes the Boom, and Common Law. Germann won a Screen Actors Guild Award in 1999 and has been nominated for three others.

Greg has been married to Martha Champlin since 2013. 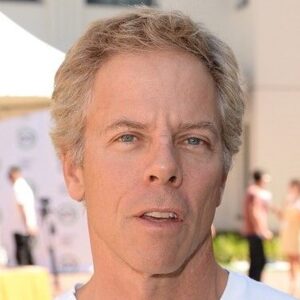