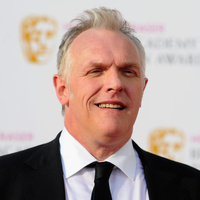 Greg Davies net worth: Greg Davies is a British stand-up comedian and actor who has a net worth of $5 million. Greg Davies was born in St. Asaph, Denbighshire, Wales in 1968. As an actor he starred as Greg in the television series We Are Klang in 2009. Davies starred as Mr. Gilbert in the TV series The Inbetweeners from 2008 to 2010. In 2010 he starred as The Leader in the series Schizo Samurai Shitzu. In 2014 Davies starred as Jennitta Bishard in the television series This Is Jinsy. From 2013 to 2015 he starred as Dan in the TV series Man Down. Since 2012 he has starred as Ken in the series Cuckoo. He has made guest appearances on the TV series Mock the Week, Fast and Loose, and Would I Lie to You?. Davies has also performed on the BBC's series Live at the Apollo. He was nominated for a British Comedy Award in 2011 and a BAFTA Award in 2013.