Greg Cipes net worth:  Greg Cipes is an American actor, singer, musician, composer, and surfer who has a net worth of $3 million. Greg Cipes was born in Coral Springs, Florida in January 1980. He was the #3 ranked Junior Professional Surfer in the United States in 1998 when he started his acting career. Cipes has nearly 100 acting credits to his name and starred as Will Johnston in the television series Peacemakers in 2003. From 2010 to 2016 Cipes had a recurring role as Chuck in the TV series The Middle. He has provided voice work for several TV series including Super Robot Monkey Team Hyperforce Go!, W.I.T.C.H., Teen Titans, Ben 10: Alien Force, Ben 10: Ultimate Alien, New Teen Titans, Fish Hooks, Ben 10: Omniverse, Ultimate Spider-Man, Teen Titans Go!, and Teenage Mutant Ninja Turtles. Cipes has won three Behind the Voice Actors Awards.

His two most active roles have been on Teen Titans Go!, where he has worked since 2013 and for the Teenage Mutant Ninja Turtles, where he voiced Michaelangelo from 2012 to 2017. 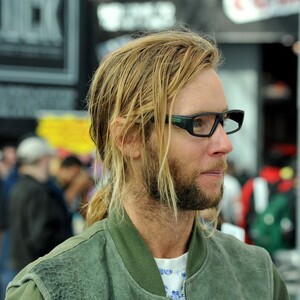