Greg Behrendt Net Worth: Greg Behrendt is an American stand-up comedian and author who has a net worth of $5 million. Greg Behrendt was born in San Francisco, California in July 1963. He graduated from the University of Oregon in 1991. Greg moved to San Francisco and met comic Margaret Cho after joining an improv troupe called Crash and Burn.

Greg appeared on The Tonight Show and Late Night with Conan O'Brien. He first appeared on television in 1982 on the TV series An Evening at the Improv. In 2006 the stand-up special Greg Behrendt is Uncool aired on Comedy Central. He worked as a script consultant for HBO's Sex and the City. Behrendt and Liz Tuccillo wrote the 2004 book He's Just Not That Into You which was later made into a movie starring Drew Barrymore. Greg has released a total of four books and three comedy albums. In 2009 he hosted the talk shows The Greg Behrendt Show and Greg Behrendt's Wake Up Call. In 2005 Greg also served as a consultant for the TV series Committed. He appeared in the movies The Independent, Run Ronnie Run, Dumb and Dumberer: When Harry Met Lloyd, Never Been Thawed, Freeze Out, and He's Just Not That Into You. 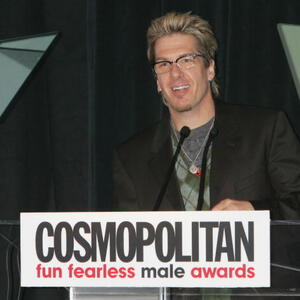