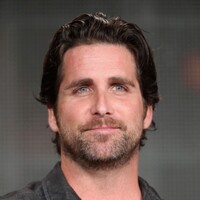 Grant Reynolds net worth: Grant Reynolds is an American actor who has a net worth of $4 million. Grant Reynolds was born in Norfolk, Virginia, and began his professional on-camera career in the early 2000s. He has appeared in such film and television projects as "The Invisible Man", "Welcome to California", "Distortion", "Pensacola: Wings of Gold", "Cover Me", "The Strange Case of Dr. Jekyll and Mr. Hyde", "Secret Girlfriend", and "Knifepoint". He has also appeared in numerous theatrical productions in Los Angeles and in commercials. He is most widely recognized as the former husband of Jillian Barberie Reynolds, the former co-host of "Good Day L.A." The couple announced their split officially in March of 2013 after six years of marriage. Their split is notable because it became very obvious that the marriage was not working when the couple was featured on the reality show, "Interior Therapy". Jillian Barberie Reynolds sought full custody of their two children. They officially divorced in 2014.