Grant Gustin net worth and salary: Grant Gustin is an American actor and singer who has a net worth of $5 million. Grant Gustin was born in Norfolk, Virginia in January 1990. In 2013 he starred as Campbell Price in the television series 90210. From 2011 to 2013 Gustin had a recurring role as Sebastian Smythe in the TV series Glee.

In 2015 he voiced the role of The Flash / Barry Allen in the TV mini-series Vixen. Since 2014 Gustin has starred as Barry Allen / The Flash in the television series The Flash and since 2013 he has played the same role in the TV series Arrow. He also starred in the movie Affluenza and has appeared in episodes of the TV series CSI: Miami. From 2010 to 2011 Gustin starred in the Broadway Revival Tour of West Side Story. In 2015 he won an Academy of Science Fiction, Fantasy & Horror Films Award and a Teen Choice Award for The Flash. Grant Gustin married Andrea "LA" Thoma in 2018. 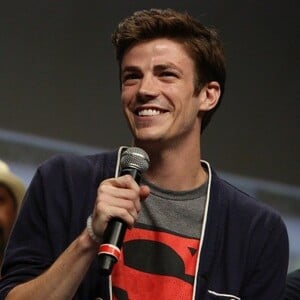