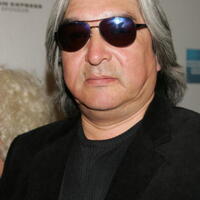 Graham Greene Net Worth and salary: Graham Greene is a Canadian actor who has a net worth of $5 million. Born June 22, 1952 Ohsweken, Ontario, Canada, his first exposure to the entertainment industry came when he was an audio technician for rock bands based in Newfoundland and Labrador at a time when he was known by his alias 'Mabes'. He graduated from The Centre for Indigenous Theatre's Native Theatre School program in Toronto (1974). Soon after, he began performing in professional theatre in Toronto and England. His TV debut was in an episode of The Great Detective in 1979, and his big screen debut was in 1983 in Running Brave. Graham Greene also appeared in such films as Revolution and Powwow Highway, as well as the First Nations, CBC TV series Spirit Bay. It was his Academy Award–nominated role as Kicking Bird in the 1990 film Dances with Wolves that really got him noticed. He followed this role with films and performances on TV series, including Thunderheart, Benefit of the Doubt, Maverick, the television series Northern Exposure and The Red Green Show. Greene was cast alongside Bruce Willis and Samuel L. Jackson in the 1995 film Die Hard with a Vengeance, where he played Detective Joe-Rob Lambert. Greene was also featured as Arlen Bitterbuck, a Native American on death row, in the Oscar-nominated The Green Mile (1999). He starred in the short-lived television series Wolf Lake in 2001 and appeared in The Twilight Saga: New Moon as Harry Clearwater, Charlie Swan's old friend as well as in many other television shows and films. His most recent work is in the science fiction series Defiance as Rafe McCawley and in A &E's Longmire as Malachi Strand.