Early Life: Grace Park was born on March 14, 1974, in Los Angeles, California. Her parents, who are Korean, moved the family to Canada when Grace was 22 months old. She grew up in Vancouver and attended Magee Secondary School, graduating in 1992. Park then enrolled at the University of British Columbia and earned a Bachelor of Arts in psychology.

In 2007, Grace appeared in the film "West 32nd," and the following year, she began playing Akani Cuesta on the A&E drama "The Cleaner" (2008–2009) and Special Agent Liz Carver on the Canadian series "The Border" (2008–2010). In 2010, Park was cast as Kono Kalakaua on "Hawaii Five-0," and she appeared in 168 episodes before leaving the show in 2017 due to a salary dispute. Co-star Daniel Dae Kim left with her after it came to light that Park and Kim were being paid 10–15% less than the show's white stars, Alex O'Loughlin and Scott Caan. In 2018, Grace began starring as lawyer Katherine Kim on the ABC drama "A Million Little Things."

Personal Life: Grace began dating real estate developer Phil Kim in 2002, and they married in 2004. The couple welcomed a son in 2013. Park was a member of the NXIVM cult and appeared in recruitment videos with founder Keith Raniere, but she left in 2017. Though the NXIVM website stated that the group's mission was "to raise human awareness, foster an ethical humanitarian civilization, and celebrate what it means to be human," it was discovered that NXIVM was using women as sex slaves and branding them. Raniere was convicted of several crimes, including sex trafficking of children, and received a sentence of 120 years in prison in October 2020. 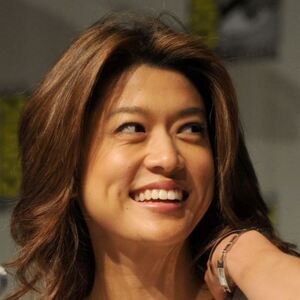