Grace Hightower net worth: Grace Hightower is an American socialite, actress, philanthropist, and singer who has a net worth of $20 million. Grace is probably most-famous for being the ex-wife of actor Robert De Niro. They were married from 1997 to 2018. They have two children together.

Grace Hightower began her professional career as a flight attendant. She met Robert De Niro in 1989 at a restaurant in lower Manhattan, and they began dating. As an actress, she has appeared in such projects as "NYPD Blue", "Precious", and "The Paperboy". She also performed one of the songs used in the soundtrack for "Precious", "Somethin's Comin' My Way". She is an active philanthropist and is on the board of the New York Women's Foundation. She is also on the board of the New York Fund for Public Schools, and is a member of Ronald Perlman's Women's Heart Health Advisory Council and the International Women's Coffee Alliance. She runs her own charitable organization, Grace Hightower & Coffees of Rwanda, which has the goal of improving Rwandan's lives through international product marketing and distribution.

Divorce Battle: Grace and Robert separated in 2018. Robert had previously filed for divorce back in 1999, but they later reconciled. In June 2019 Grace filed legal documents in a Manhattan court that claimed Robert's net worth was at least $500 million and that he earned $250 – $300 million between 2004 and 2018 alone. Much of Robert's expanding fortune was related to his fabulously successful Nobu restaurant empire and related hotel investments.

According to the terms of their prenuptial agreement, in the event of a divorce Robert would pay Grace $1 million per year in any year that he makes at least $15 million. If his income declines, the support declines proportionally.

In July 2020, as the divorce raged on, Grace filed a complaint with the court stating that Robert had unfairly cut her monthly American Express allowance from $100,000 down to $50,000. De Niro's response claimed that due to the COVID-19 crisis his income has dried up and his business empire is in free fall. He reportedly had to borrow $500,000 to help cover part of Nobu's mounting debts. His lawyers claimed that Nobu lost $3 million in April and $1.9 million in May. His lawyers also claimed that De Niro would be "lucky if he makes $7.5 million" in 2020.

Hightower's lawyers claimed that Robert was using the COVID crisis "to stick it to his wife financially".

The judge in the case ultimately decided that reducing the Amex allowance to $50,000 wasn't unreasonable but also ordered Robert to pay Grace $75,000 to help her find a summer house, since Robert is currently living in their former primary home. 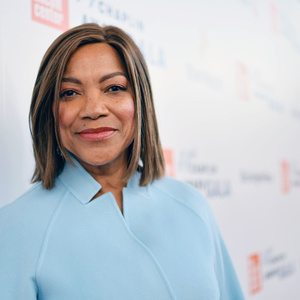