How much is Grace Helbig Worth?

Grace Helbig net worth and salary: Grace Helbig is an American comedian, actress, author, talk show host, and internet personality who has a net worth of $6 million. Grace Helbig was born in Gloucester County, New Jersey in September 1985. She is the creator and host for the YouTube channel it'sGrace. Helbig is also the creator and host of the podcast Not too Deep with Grace Helbig and the comedic talk show The Grace Helbig Show on the E! television network. She created the web series DailyGrace on My Damn Channel from 2008 to 2013. Helbig worked as a correspondent on Attack of the Show! For the G4 network. She has appeared in commercials for Lowe's and played the role of Idol on the Fine Brothers' web series MyMusic. Helbig starred in and co-produced the movie Camp Takota in 2014. She also authored the book Grace's Guide: The Art of Pretending to Be a Grown-up. She has appeared in episodes of the TV series Late Show with David Letterman, Celebrity Apprentice, Today, Best Week Ever, Nikki & Sara Live, Chelsea Lately, The Pete Holmes Show, Last Call with Carson Daly, The Talk, The Soup, Today with Kathie Lee and Hoda, Good Morning America, The Tonight Show Starring Jimmy Fallon, and more. 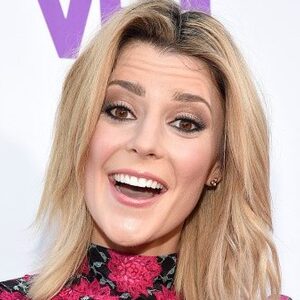