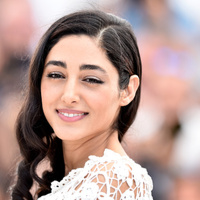 Golshifteh Farahani net worth: Golshifteh Farahani is an Iranian actress, musician, and singer who has a net worth of $1 million. Golshifteh Farahani was born in Tehran, Iran in July 1983. She is known for being the first Iranian star to act in a major Hollywood production. Golshifteh started playing piano and studying music at five years old. At 14 years old she was cast as the lead in The Pear Tree. She won the Crystal Roc for Best Actress at the Fajr International Film Festival in Tehran. Farahani has also starred in the movies Two Angels, Boutique, Somewhere Else, The Tear of the Cold, The Fish Fall in Love, In the Name of the Father, Half Moon, M for Mother, To Each His Own Cinema, The Wall, There's Always a Woman in Between, Body of Lies, About Elly, There Be Dragons, Chicken with Plums, The Patience Stone, My Sweet Pepper Land, Rosewater, Eden, and Exodus: Gods and Kings. She won Best Actress Awards from the Gijon International Film Festival and the Nantes Three Continents Festival.