What is Goldie Hawn's net worth and salary?

Goldie Hawn is an iconic American television and film actress who has a net worth of $90 million. Beginning her career in show business way back in the late 1960s on the iconic TV sketch comedy series Rowan & Martin's Laugh-In, Hawn managed to bounce from TV to a long-lasting career on the big screen.

Goldie Hawn was born on November 21, 1945 in Washington, D.C., the daughter of a jewelry shop owner and local band leader. Her interest in show business began at a young age, when she trained as a ballerina and appeared in a Ballet Russe de Monte Carlo production of the famous ballet The Nutcracker in 1955. Then, less than ten years later, she made her proper stage debut in a 1964 production of Romeo and Juliet. She briefly attended American University before leaving to launch a career as a gogo dancer, actress and model. After dropping out of school Hawn worked as a ballet instructor and worked as a dancer at the 1964 New York World's Fair before her big television break.

Goldie Hawn is well known for her many comedic roles as an actress but she's also a director, producer, and singer. She has performed in numerous film and television shows including, Rowan and Martin's Laugh-in, Private Benjamin, First Wives Club, The Banger Sisters, Cactus Flower and many more.  She first gained national attention on "Laugh-In". On the show, Goldie often played a giggly, bikini-clad dumb blonde and became somewhat of a sexual icon for the era. "Laugh-In" ran 140 episodes over six seasons from 1968-1973. Goldie then went on to carve out a very successful film career. Goldie won an Academy Award and a Golden Globe for her work in 1969's Cactus Flower, in a very serious dramatic role that successfully broke her from her famous Laugh-In persona. Several impressive film roles followed in the 70s, including one of the leads in The Sugarland Express, the debut feature film from a young director named Steven Spielberg.

Goldie Hawn continued to appear on television during this period as well, most notably in two specials at the beginning and end of the decade: Pure Goldie in 1971, and then in 1978 The Goldie Hawn Special which served as a de facto comeback following two years apart from the spotlight in order to raise her son. A few months after that, her big screen career was back in shape too thanks to the release of Foul Play, a comic thriller in which she starred alongside Chevy Chase. Another television special followed in 1980, this one with Liza Minelli, entitled Goldie and Liza Together. Later that year she would appear in what has remained one of her signature roles in the film Private Benjamin. The role earned her a second Academy Award nomination, and her film career continued to flourish throughout the 1980s, with Swing Shift by director Jonathan Demme and Overboard with real-life husband Kurt Russell. 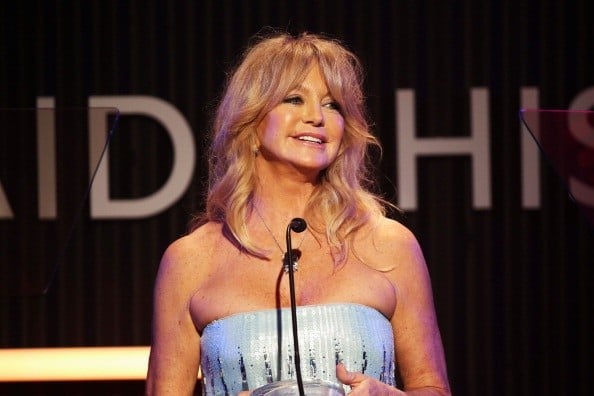 Hawn continued appearing in films through the following decade as well, teaming with Steve Martin in Housesitter and The Out-of-Towners, Bird on a Wire with Mel Gibson, and Death Becomes Her with Meryl Streep. Then in the 2000s she began to slow down and become choosier about her projects, making a film with Warren Beatty in 2001 and then The Banger Sisters in 2002, which was her last feature film for some 15 years. In 2005 she published her autobiography A Lotus Grows in the Mud.

In 2017, Hawn finally returned to the big screen, starring in Snatched along with comedian Amy Schumer. She also appeared in the holiday Netflix offering The Christmas Chronicle, portraying the role of Mrs. Claus alongside Russell as Santa, a role that she reprises in the film's sequel. Interestingly, in 2019 when a Laugh-In reunion special starring most of the surviving cast of the show as well as myriad other stars, Goldie Hawn did not appear despite having been arguably the most successful of its many cast members following the end of the series. 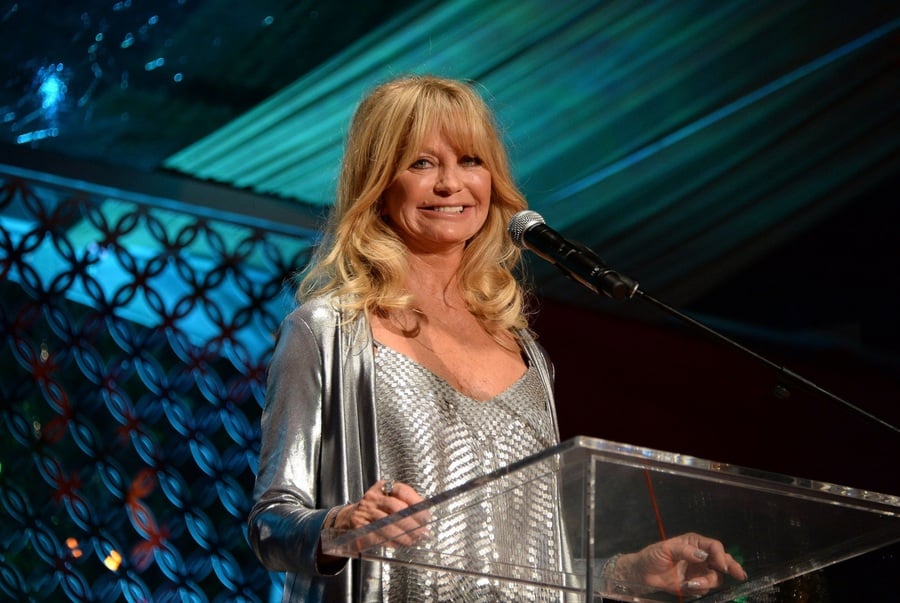 Goldie Hawn has been partners with (but not officially married to) fellow actor Kurt Russell since back in 1983. Together the couple have a son named Wyatt. Goldie also has two children from a previous marriage to singer Bill Hudson. Her daughter from this marriage is actress Kate Hudson, who has followed in her mother's footsteps with a successful career in films. Her son from this marriage Oliver Hudson is also an actor, known primarily for his role on the CBS sitcom Rules of Engagement which ran from 2007-2013. She's spent much of her life studying meditation, telling an interviewer that "It's not the idea of a particular religion that's important; it's the development of a spiritual life."

Goldie Hawn has long been an outspoken activist over the course of her career, and in 2003 she established the Hawn Foundation for purposes of providing "life-enhancing strategies for well-being" in youth education programs.

In 2013 Goldie Hawn and longtime partner Kurt Russell sold their beach house in Malibu for a reported $9.5 million. The Balinese-style home spreads across more than 4,000 feet of living space, with numerous tropical touches keeping with the residence's oceanfront location. In 2019, the property was listed for sale once again with an asking price of $13.5 million. Then in 2016, the couple listed another home, selling it the following year for $6.9 million. This house is located in the Pacific Palisades and spreads over almost 6,400 square feet, with amenities including an elaborate fitness center and – appropriately given Hawn's own habits – a meditation room. 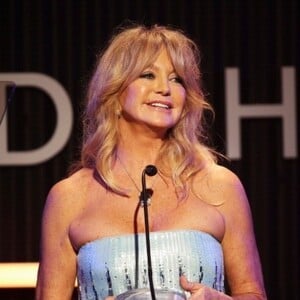