Golden Brooks Net Worth: Golden Brooks is an American actress who has a net worth of $8 Million. Born on December 1, 1970 in San Francisco, California, Brooks is commonly known for her role as Maya Wilkes in Girlfriends. She attended Sarah Lawrence College as well as the University of California, Berkeley where she studied literature, sociology, and theater.

She has made appearances in several popular TV shows including The Jamie Foxx Show, Moesha, and Pete and Pete. She can also be seen in 50 Cent's music video for "Straight to the Bank. Brooks' acting career primarily dealt with film, however she is currently involved with the Robey Theater Company, which coins actors such as Danny Glover. Brooks volunteers for AIDS charities such as AIDS Project Los Angeles and the Pediatric AIDS Foundation. She has one child by the name of Dakota Tao Brooks-Woodside. 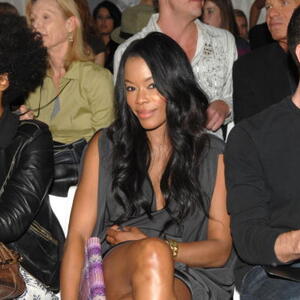