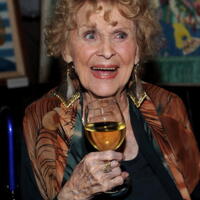 Gloria Stuart Net Worth: Gloria Stuart was an American actress, painter, singer, activist, and bonsai master who had a net worth of $5 million. Born Gloria Frances Stewart, on July 4, 1910 in Santa Monica, California, she had a glaring Hollywood career even though she made a very long pause from acting of almost thirty years at one point. Stuart made several stage, television, and film appearances, for which she was best remembered. A third-generation Californian, Gloria changed her surname to "Stuart" because she said it had a perfect balance with the six letters of her given name. Adventurist by nature, she was still studying drama and philosophy at the University of California when she dropped out in her junior year to marry Blair Gordon Newell. At the time, she acted at the Carmel Playhouse and worked on the Carmel newspaper. Shortly after, Stuart decided to go to Los Angeles where she immediately signed a contract with Universal Studios. Thus, she starred in the movies "The Old Dark House" (1932), "The Kiss Before the Mirror" (1933) and "The Invisible Man" (1933). In 1934 she divorced Blair Gordon Newell and soon married screen writer Arthur Sheekman, with whom stayed together for forty happy years, i.e., until Sheekman died from the effects of Alzheimer on January 12, 1978. They lived in Italy with their daughter Sylvia, where Stuart started to paint. By the 1940s, Stuart quit acting to start an art furniture shop. Off to a good start, she even sold some pieces in New York, Los Angeles, and several other places. In this period, Stuart also became a bonsai master. However, in the late 1970s she was deeply struck by her husband's death and got back to acting that served as her haven away from grief. In 1982 she made a cameo dancing with Peter O'Toole in the film "My Favorite Year". Later on, she established a fine art printing press called "Imprenta Glorias", where she created a series of fine artist´s books. Stuart became a celebrity again after her role in Cameron´s film "Titanic" as 100-year old Rose. This earned her nomination for an Academy Award for Best Supporting Actress, making her the oldest nominee ever. Gloria died from a respiratory failure on September 26, 2010, at the age of 100.