Gloria Henry net worth: Gloria Henry was an American actress who had a net worth of $1 million at the time of her death. She is best knowing for starring as Alice Mitchell on the TV series Dennis the Menace. She starred on Dennis the Menace from 1959 to 1963. Gloria died on April 3, 2021 at the age of 98.

Gloria Henry was born in New Orleans, Louisiana in April 1923. She started out working on radio shows and commercials. She signed a film contract with Columbia Pictures in 1947. Gloria would go on to appear in a number of "B" movies in the late 1940s and early 1950s.

Henry starred as Michelle Malone on the television series The Files of Jeffrey Jones in 1952. She appeared in episodes of TV series including The Abbott and Costello Show, Perry Mason, Father Knows Best, The Life of Riley, Falcon Crest, Dallas, Doogie Howser, M.D., Parks and Recreation, and more. Gloria Henry appeared in several films including Adventures in Silverado, Triple Threat, Rusty Saves a Life, Riders in the Sky, The Tougher They Come, and more. 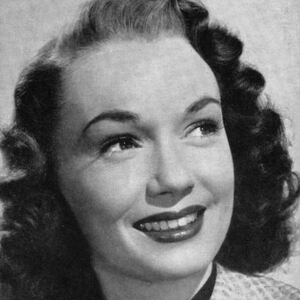