Glenne Headly net worth: Glenne Headly was an American actress who had a net worth of $5 million. Glenne Headly was born in New London, Connecticut in March 1955. During her lifetime, she acted in stage productions, many popular movies, TV shows and won several awards including an Emmy, a Drama Desk Award and a Theatre World Award.

Headly had a recurring role in the television series ER as Dr. Abby Keaton from 1996 to 1997. From 1998 to 1999 she starred as Francesca Pinoni in the TV series Encore! Encore!. Headly has starred in the movies Four Friends, Fandango, Eleni, Seize the Day, Making Mr. Right, Nadine, Stars and Bars, Paperhouse, Dirty Rotten Scoundrels, Dick Tracy, Mortal Thoughts, Grand Isle, Ordinary Magic, Getting Even with Dad, Mr. Holland's Opus, Sgt. Bilko, Bastard Out of Carolina, 2 Days in the Valley, Breakfast of Champions, Bartleby, What's the Worst That Could Happen?, Confessions of a Teenage Drama Queen, Eulogy, Around the Bend, The Amateurs, Comeback Season, The Namesake, Raising Flagg, The Joneses, and Don Jon. She has also appeared in episodes of the TV series Lonesome Dove, Frasier, The Fugitive, Monk, The Guardian, Law & Order: Special Victims Unit, Grey's Anatomy, CSI: Crime Scene Investigation, Psych, Parks and Recreation, and The League. Headly was nominated for Primetime Emmy Awards for Lonesome Dove and Bastard Out of Carolina. More recently she appeared on the HBO mini-series drama The Night Of. Glenne Headly was married to fellow actor John Malkovich from 1982-1988. They met while they were both members of Chicago's Steppenwolf Theatre Company. She married Byron McCulloch in 1993 and together they have one son. Unfortunately, Glenne died on June 8, 2017 at the age of 63. 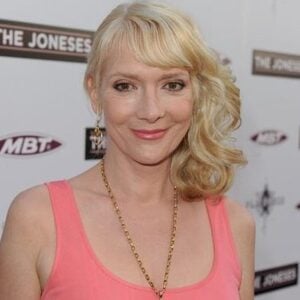