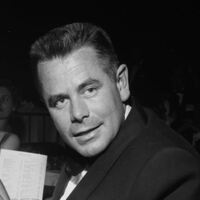 Glenn Ford net worth: Glenn Ford was a Canadian actor who had a net worth of $12 million. Glenn Ford was born in Sainte-Christine-d'Auvergne, Quebec, Canada in May 1916 and passed away in August 2006. He was popular during Hollywood's Golden Age and had a career of more than 50 years. Ford had more than 100 acting credits to his name and starred as Sam Cade in the television series Cade's County from 1971 to 1972. In 1975 he starred as Rev. Tom Holvak in the TV series The Family Holvak and from 1976 to 1977 he starred as George Caldwell in the TV mini-series Once an Eagle. Ford starred in several films including Go West, Young Lady, The Desperadoes, The Man from Colorado, The Undercover Man, The Man from Alamo, Trial, The Fastest Gun Alive, 3:10 to Yuma, Four Horsemen of the Apocalypse, Superman, Superman II, and more. In 1962 he won a Golden Globe Award for Best Actor – Comedy or Musical for Pocketful of Miracles. Ford received a star on the Hollywood Walk of Fame in 1960 at 6933 Hollywood Blvd. Glenn Ford passed away on August 30, 2006 at 90 years old.