Glenn Close Net Worth: Glenn Close is an American actress who has a net worth of $50 million. Close is one of the most acclaimed actors of her generation, and she has won countless honors and accolades. These include three Emmy Awards, three Tony Awards, and three Golden Globes. In addition, Glenn has been nominated for seven Academy Awards. If she succeeds in winning an Academy Award, she will join the elite group of "EGOT" club members who have won all four major acting awards.

Originally raised in a wealthy family, Close studied theater in college before beginning her career with theatre roles in the mid-70s. She focused on stage work until the 80s, during which she branched out with appearances in various films. "The Big Chill" and "The Natural" earned Glenn her first Oscar nominations. This helped put her on the map, and she eventually became one of Hollywood's most prominent leading ladies. Towards the late 80s, she booked leading roles in films like "Dangerous Liaisons" and "Fatal Attraction."

During her career, Glenn has maintained a close involvement with the theatre world. She continues to appear in major films throughout the modern era. Glenn is considered to be one of the most influential people in the world, and she has been quite supportive of various Democratic figures over the years.

Early Life: Glenn Close was born on March 19th of 1947 in Greenwich, Connecticut. She was raised in an affluent family by socialite Elizabeth Mary Hester "Bettine," and William Taliaferro Close. Her father was a doctor who served as the personal physician to Mobutu Sese Seko, the dictator of the Belgian Congo. Raised alongside four siblings in a stone cottage estate in Greenwich, Glenn started acting at an early age. During this period, Close also grew up in what she refers to as a "cult," and spent time studying in Switzerland.

By the age of 22, she broke away from her parents and their cult (the Moral Re-Armament). She attended The College of William & Mary, where she double-majored in theatre and anthropology.

After establishing herself as a talented stage actress, Close broke through into mainstream Hollywood with roles in films like "The World According to Garp," "The Big Chill," and "The Natural." These successes led to further roles throughout the 80s in movies such as "Jagged Edge," "Maxie," "The Stone Boy," and "Fatal Attraction." In the modern era, she is probably best known for playing Cruella de Vil in "101 Dalmations," and for her roles in movies like "The Stepford Wives," "Guardians of the Galaxy," and many others. In addition, she established herself as a television actor in series like "Damages."

Salary: While appearing on the show "Damages," Glenn earned $200,000 per episode. She appeared in 59 episodes, which means that her total salary amounts to about $12 million. 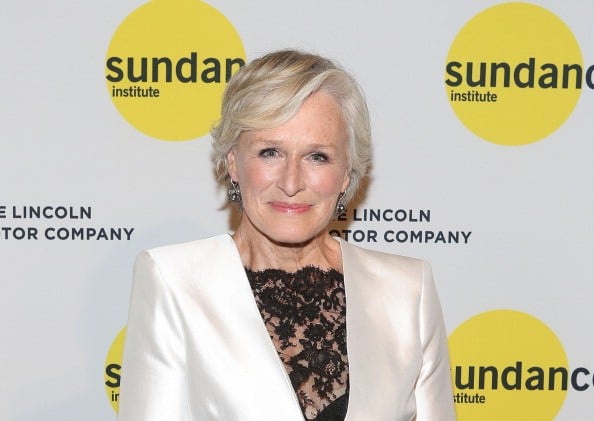 Business Ventures: Close serves as the president of Trillium Productions Inc, a film production company. Her company has produced a number of films, including "Albert Nobbs," Sarah Plain and Tall," and "South Pacific." Her production work has earned her an Emmy Award nomination for Outstanding Television Movie after she worked with Barbara Streisand to produce "Serving in Silence."

Relationships: At age 22, Close married for the first time. She later described this as "kind of an arranged marriage" and divorced her husband after two years. In 1984, she remarried an American businessman called James Marlas, although this marriage also ended in divorce by 1987. After sparking a relationship with producer John Starke, Glenn welcomed a daughter into the world. Named Annie Starke, her daughter also grew up to be an actress.

After another relationship with Steve Beers, Close called off the engagement and ended the relationship in 1999. In 2006, she married for the third time – this time to a venture capitalist called David Evans Shaw. In 2015, Shaw and Close obtained a divorce.

Real Estate: In 2020, it was reported that Close had completed two major real estate transactions. First, she sold her longtime home in Bedford Hills for $2.75 million. She had originally listed the property for a much larger sum – $3.6 million. This Westchester County residence sat on a plot of land spanning more than 10 acres, and she fondly nicknamed the property "Beanfield." She owned the property for more than 30 years before parting with it.

In addition, Close sold a smaller property nearby that she originally purchased in 1993 for $450,000. The property spans almost 3,000 square feet of living space, and parts of the historic home were originally constructed in the 1700s. The home sits on 0.75 acres of land, and it features refurnished antique floorboards. Additional highlights include a library, a stone-paved patio, and rolling lawns. Close managed to sell this property for $775,000. With this final sale, Glenn Close was reported to have moved out of New York entirely.

However, Close maintains an extensive real estate portfolio with many other properties across the nation. She reportedly owns residences in Florida and Montana. For a period of about a decade, Glenn also owned a coffee shop in Florida, although she sold it in 2006. In 2011, she sold an apartment in The Beresford building. The residence, which is part of the Central Park West Historic District, sold for over $10 million. Finally, Close reportedly owns a 1,000-acre ranch in Wyoming. 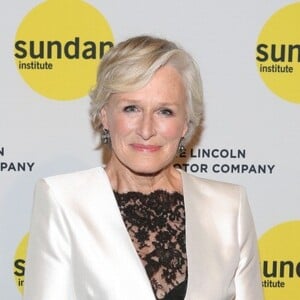