What is Giovanni Ribisi's Net Worth and Salary?

Giovanni Ribisi is an American actor and producer who has a net worth of $20 million. He might be most widely recognized for playing the brother of Phoebe Buffay in the sitcom "Friends," but his face is recognizable from appearing in dozens upon dozens of films and TV shows over the years.

He was born Antonino Giovanni Ribisi on December 17, 1974 in Los Angeles, California. His father Albert Ribisi is a musician who had been the keyboard player in the band People! His mother, Gay, works as a talent manager of actors and writers. Giovanni is the twin brother of the actress Marissa Ribisi (he is fifteen minutes older than her) and the brother of voice actress Gina Ribisi. Ribisi is of Italian, English, and German ancestry. He and his sister Marissa appeared on the family competition game show "I'm Telling!" in 1987. Ribisi studied acting as a child at the Beverly Hills Playhouse under the guidance of Milton Katselas.

He has appeared in more than 40 films and 25+ television productions. His mother, with ties to the entertainment industry, helped launch his career which began on two episodes of the TV series "Highway to Heaven." His television career took off and he began getting numerous recurring guest roles on a number of shows, including "The New Leave It to Beaver," "Married… with Children," "The Wonder Years," and "My Two Dads." His first prominent performance was in "The X-Files" episode "D.P.O." (an episode that also starred Jack Black), as well as with his recurring role as Frank, Jr., the brother of Phoebe Buffay (Lisa Kudrow) on the wildly popular sitcom "Friends." Ribisi appeared in nine episodes of the acclaimed show. Ribisi had previously appeared as an extra in an earlier season of Friends in the episode "The One with the Baby on the Bus." Beginning in 1996, he began appearing in several big budget films, beginning with Tom Hanks' "That Thing You Do!". In 2003, Ribisi starred alongside Scarlett Johansson, playing her husband John in the Sofia Coppola-helmed "Lost in Translation." 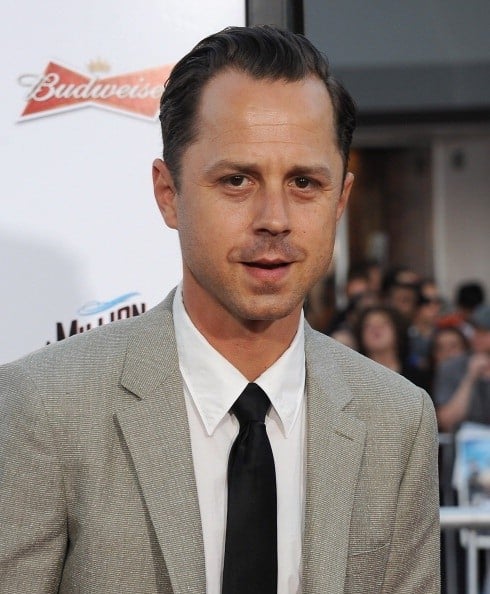 Between 2005 and 2008, he appeared in multiple episodes of "My Name Is Earl" as the recurring character Ralph, earning a 2007 Emmy nomination for his performance on the series. Ribisi appeared in the video of British band Keane's single Crystal Ball, which was released worldwide on August 21, 2006. He also appeared with Winona Ryder and John C. Reilly in Jon Spencer Blues Explosion's music video Talk About the Blues. In September 2008, he appeared twice on the HBO comedy series "Entourage." His major film credits include "Saving Private Ryan," "Boiler Room," "Avatar" and "Ted." After receiving critical acclaim for "Saving Private Ryan" in 1998, Ribisi made the cover of Vanity Affair and also won the ShoWest Newcomer of the Year Award. He is slated to appear in the 2021 and 2023 "Avatar" sequels. From 2015 to 2019 he starred as Marius in the Amazon series "Sneaky Pete."

Ribisi has also done voice work for three video games: "Call of Duty" in 2003, in which he played Private Elder, 2006's "Marc Ecko's Getting Up: Contents Under Pressure," and "James Cameron's Avatar: The Game" in 2099.

Giovanni has been married several times and has several children from different relationships. He married Mariah O'Brien in 1997 and had a daughter, Lucia. The pair split in 2001. In 2007, he was in a relationship with indie rock singer-songwriter Chan Marshall, or otherwise known as her stage name, Cat Power. They lived together for five years before they broke up in 2012. Ribisi married English model Agyness Deyn in June 2012 and the couple divorced in January 2015.

Most recently he has been in a relationship with Emily Ward, co-founder of interior design firm Pierce & Ward. They have twins together, fraternal siblings Enzo and Maude who were born in December 2018. The family lives in the Hollywood Hills. Emily was previously married to musician Patrick Carney. Emily's father has been romantically linked to Leonardo DiCaprio's mother Irmelin Indenbriken in recent years.

Ribisi is an active Scientologist and participated in the gala opening of Scientology's Psychiatry: An Industry of Death Museum in December 2005. His twin sister, Marissa, is married to musician Beck, and also practices Scientology. Ribisi's daughter Lucia was featured on Beck's album The Information and two of Sia's albums, Some People Have Real Problems and We Are Born.

To summarize the famous family tree, Giovani's brother-in-law is Beck and his pseudo-step-brother is Leonardo DiCaprio. 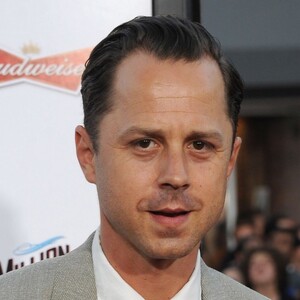