How much is Giovanna Mezzogiorno Worth?

Giovanna Mezzogiorno Net Worth: Giovanna Mezzogiorno is an Italian actress who has a net worth of $10 million. Born in Rome, Italy, in 1975, Giovanna Mezzogiorno grew up with dreams of becoming a ballet dancer. She moved to Paris when she was 19 nine years old and started appearing in stage productions, making her debut in "Qui est la", which was based on "Hamlet". Mezzogiorno made her on-screen debut a year later, appearing in "Il viaggo della sposa", winning the Targa d'Argento award for New Talent in Italian Cinema. By the late '90s, Mezzogiorno's star was on the rise in Europe, and she appeared in "Del perduto amore", "Un uomo perbene", "Les Miserables", "Nobel", "Tutta la conoscenza del mondo", "Malefemmene", and "Ilaria Alpi – Il piu crudele dei giorni". She achieved international acclaim for her role in 2005's "La Bestia Nel Cuore", which was considered for an Oscar for Best Foreign Language Film. Mezzogiorno won the Coppa Volpi Award, one of the highest honors given to international actresses. She joined the likes of previous award winners such as Shirley MacLaine, Sophia Loren, and Bette Davis. Her more recent appearances include parts in "AD Project", "Lezioni di Volo", "Notturno Bus", "Vincere", and "Palermo Shooting". Mezzogiorno is set to appear in 2014's "I nostril ragazzi" as Clara. She is the mother of two children, sons Zeno and Leone, who were born in 2011. 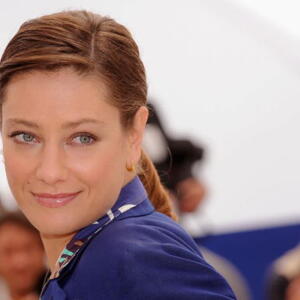