Gino Vannelli Net Worth: Gino Vannelli is a Canadian singer, songwriter, musician, and composer who has a net worth of $3 million. Gino Vannelli was born in Montreal, Quebec, Canada in June 1952. Gino started playing percussion at a young age and starting writing songs at 15. He signed a recording contract with RCA using the name Vann Elli and studied music at McGill University.

Gino and his brothers traveled to Los Angeles, California to audition for Herb Alpert. He signed with A&M records and released his debut studio album Crazy Life in 1973. Vannelli's 19th album Live in L.A. was released in 2014. His popular singles include "People Gotta Move", "I Just Wanna Stop", "Wheels of Life", "Living Inside Myself", "Hurts to Be in Love", and "Wild Horses". He was nominated for a Grammy Award in 1978 for the #1 Canadian single "I Just Wanna Stop". He also has won multiple Juno Awards. 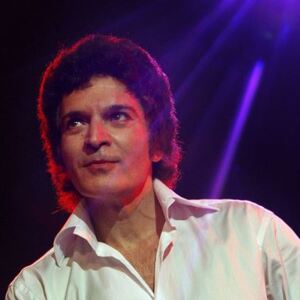