What Is Ginnifer Goodwin's Net Worth?

Ginnifer Goodwin is an American actress and producer who has a net worth of $8 million. After graduating from Boston University in 2001 Ginnifer began working professionally almost immediately.  She started her career in guest starring and recurring roles on television, and then branched out into film roles in 2003.  Since then, she has appeared in such projects as, "Mona Lisa Smile", "Walk the Line", "In the Land of Women", "He's Just Not That Into You", "A Single Man", and "Something Borrowed".  She became a household name when she was cast in the hit series, "Big Love", in 2006, and further cemented her A-list status, when she was cast as Mary Margaret Blanchard/Snow White on the popular series, "Once Upon A Time" in 2011.

Ginnifer Goodwin was born Jennifer Michelle Goodwin on May 22, 1978, in Memphis, Tennessee. Her mother, Linda, is a former teacher, and she worked for FedEx as well. Ginnifer's father, Tim, used to own a recording studio. Linda is Jewish, and Goodwin attended Temple Israel and First Unitarian Church during her youth. Ginnifer's younger sister, Melissa, is a stop-motion animator who has worked on "Robot Chicken," "SuperMansion," "Mary Shelley's Frankenhole," and many other shows. Goodwin spent her summers at the Henry S. Jacobs Camp (which is run by the Union for Reform Judaism) in Utica, Mississippi, and she was baptized and had a Bat Mitzvah. She attended St. Mary's Episcopal School and Lausanne Collegiate School, and after graduating from Lausanne in 1996, she majored in theatre at Hanover College. Ginnifer transferred to Boston University after her freshman year, and she appeared in plays (both college and community theatre productions) and student films and was given the Bette Davis Foundation's Excellence in Acting: Professional Promise Award. She earned a Bachelor of Fine Arts, graduating with honors. Goodwin later studied at the Shakespeare Institute in Stratford-upon-Avon, England, and received an Acting Shakespeare Certificate from the Royal Academy of Dramatic Art in London.

Ginnifer made her television debut in a 2001 episode of "Law & Order," and in 2002, she appeared in the Comedy Central movie "Porn 'n Chicken." From 2001 to 2003, she played Diane Snyder on "Ed" alongside Tom Cavanagh and Julie Bowen, and her first film was 2003's "Mona Lisa Smile." Goodwin then appeared in the films "Win a Date with Tad Hamilton!" (2004), "Love Comes to the Executioner" (2006), "In the Land of Women" (2007), and "Day Zero" (2007) and portrayed Vivian Liberto Cash, Johnny Cash's first wife, in 2005's "Walk the Line," which won a Golden Globe for Best Motion Picture – Comedy or Musical. From 2006 to 2011, she starred as Margene Heffman on "Big Love," which aired 53 episodes over five seasons. Also starring Bill Paxton, Jeanne Tripplehorn, and Chloë Sevigny, the show earned a Primetime Emmy nomination for Outstanding Series – Drama in 2009 and Golden Globe nominations for Best Series – Drama in 2007, 2008, and 2010. In 2009, Ginnifer appeared in the period drama "A Single Man" and co-starred with Ben Affleck, Jennifer Aniston, Drew Barrymore, Jennifer Connelly, Bradley Cooper, and Scarlett Johansson in "He's Just Not That Into You," which grossed $178.9 million at the box office. 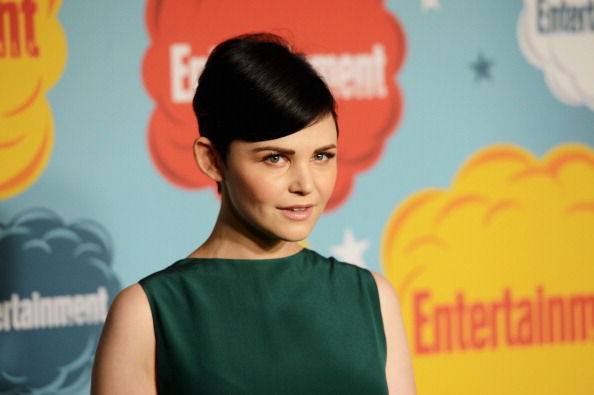 In 2010, Goodwin played Aunt Bea in Ramona and Beezus," which is based on Beverly Cleary's "Ramona" book series. In 2011, she appeared in the TV movie "Five" and co-starred with Topher Grace, Anna Faris, and Chris Pratt in "Take Me Home Tonight" and with Kate Hudson and John Krasinski in "Something Borrowed." From 2011 to 2018, Ginnifer starred as Mary Margaret Blanchard / Snow White on the fantasy series "Once Upon a Time," which aired 155 episodes over seven seasons and earned her several People's Choice Award nominations. Goodwin was a series regular during the first six seasons of the show, and she returned as a guest star during the final season. In 2012, she starred as Jean Marie St. Cloud in the web series "Electric City," and in 2013, she portrayed Jacqueline Kennedy in the National Geographic Channel movie "Killing Kennedy." In 2016, she voiced Judy Hopps in Disney's "Zootopia" alongside Jason Bateman, Idris Elba, and Jenny Slate. The film grossed $1.024 billion at the box office and won an Academy Award for Best Animated Feature. In 2019, Ginnifer guest-starred on "The Twilight Zone" and "Heartstrings" and starred as Beth Ann Stanton on the anthology series "Why Women Kill," and in 2022, she co-starred with Eliza Coupe and Maggie Q on the Fox series "Pivoting."

Ginnifer became engaged to actor Joey Kern in December 2010, but they split up in May 2011. In late 2011, she began a relationship with Josh Dallas, who played Prince Charming/David Nolan on "Once Upon a Time," and they announced their engagement in October 2013. Goodwin and Dallas married on April 12, 2014, and they have two sons, Oliver (born May 29, 2014) and Hugo (born June 1, 2016). In 2013, Ginnifer spoke at a Shabbat service at Temple Israel, stating, "I was Super Jew, and then I up and left Judaism for a very long time. I flew from Memphis … I flew from Temple Israel … and I flew from my faith. I walked out of Judaism. I had broken my covenant. The only thing Jewish about me was that I felt guilty." She told the congregation that she had reconnected with her faith, saying, "I am a Jew. It took me 10 years to come back around to that self-definition. I was a Jew by birth, and now I'm a Jew by choice."

In 2008, Goodwin paid $1.075 million for Busy Philipps' 2,204 square foot, two-bedroom home in the Whitley Heights area of the Hollywood Hills in Los Angeles. Busy bought the three-bedroom, three-bathroom home from Rachel Bilson for $1.349 million in 2005, and Rachel bought it from Rose McGowan, who purchased it for $762,500 in 2001. Ginnifer Goodwin's house was decorated by Amy Kehoe of Nickey Kehoe, and featured a funky combination of antiques, built-in bookcases, a claw-foot tub, a deck, fire pit, and views of the Hollywood sign furniture with simple lines, comfortable fabrics, and family portraits. It also featured high-ceilings and lots of natural light. Ginnifer and Josh put the home on the market for $1.499 million in 2016. 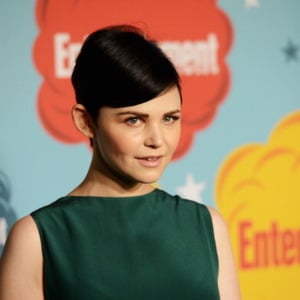