Gina Schock net worth: Gina Schock is an American drummer and actress who has a net worth of $10 million. Gina Schock was born in Dundalk, Maryland in August 1959. She is best known for being the drummer for the all-female rock band The Go-Go's. She started out as a drummer for the band Edie and the Eggs.

The Go-Go's formed in 1978 and were the first and only all-female band to write their own songs and play their own instruments that topped the Billboard album charts. Their debut studio album Beauty and the Beat was released in 1981 and reached #1 in the US and #2 in Canada. The Go-Go's also released the albums Vacation in 1982, Talk Show in 1984, and God Bless the Go-Go's in 2001. Their best known singles include "Our Lips Are Sealed", "We Got the Beat", and "Vacation". Schock was part of the band House of Schock which released one studio album. She has collaborated with A-ha, John Mellencamp, Little Richard, Alanis Morissette, Carnie Wilson and Wendy Wilson, and Debbie Peterson of The Bangles. Schock has co-written songs for Miley Cyrus and Selena Gomez. 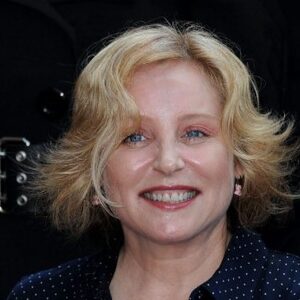