Gina Ravera net worth: Gina Ravera is an American actress who has a net worth of $2 million. Her best known role was starring as Irene Daniels on the television series The Closer. She appeared in 44 of the show's 109 episodes.

Gina Ravera was born in San Francisco, California in May 1966. Ravera first appeared in the film Lambada and the TV series The Fresh Prince of Bel-Air in 1990. From 1993 to 1994 she starred as Dr. Diana Roth on the series Silk Stalkings. Ravera starred as Jocelyn House in the TV series Time of Your Life from 1999 to 2001. From 2006 to 2008 she starred as Dr. Bettina DeJesus on the series ER. Her best known role came starring as Detective Irene Daniels on the TV series The Closer from 2005 to 2009. Ravera has also starred in the movies Steal America, Showgirls, Soul Food, Kiss the Girls, and The Great Debaters. She has also appeared in epidotes of the TV series In Living Color, Melrose Place, Days of Our Lives, Frasier, Star Trek: The Next Generation, NYPD Blue, Malcolm & Eddie, The Fugitive, Charmed, Boston Legal, Private Practice, Lie to Me, CSI: Crime Scene Investigation, and Castle. Ravera was nominated for two Screen Actors Guild Awards for her work on The Closer. 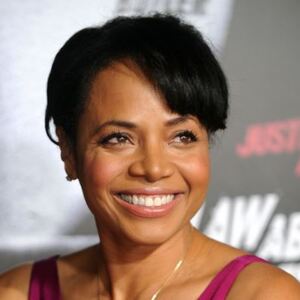