Gina Lollobrigida Net Worth: Gina Lollobrigida is an Italian actress, photojournalist, and sculptor who has a net worth of $45 million. Gina Lollobrigida was born in July of 1927 in Subiaco, Kingdom of Italy. She is best known for her work in the 50s and 60s, in which she appeared in various movies.

At this time she was considered to be one of the world's most popular sex symbols. During this time she stared in A Tale of Five Cities, Attention! Bandits!, Bread, Love and Dreams, Come September, among several others. Her first credited appearance came as early as 1946, a year in which she appeared in two additional films. After her acting work began to dwindle, she found work as both a sculptor and a photojournalist, for which she received much publicity. Lollobrigida has also released three photography books. In 1949 she married Milko Skofic, a Slovenian doctor who gave up medicine to work as her manager. They couple had a daughter, Andrea Milko in 1957 and were divorced in 1971. It's said that she had at least one affair and was engaged before her divorce was finalized. She was again engaged in 2006 to Javier Rigau y Rafols, but the two were never married. 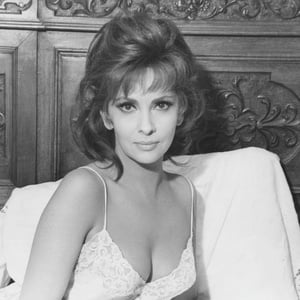