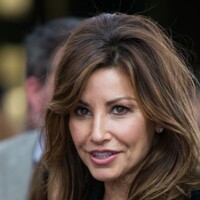 What Is Gina Gershon's Net Worth?

Gina Gershon was born Gina L. Gershon on June 10, 1962, in Los Angeles, California. She grew up in a Jewish household in the San Fernando Valley with mother Mickey, father Stan, older brother Dann, and older sister Tracy. Gina and Dann co-wrote the 2007 children's book "Camp Creepy Time: The Adventures of Einstein P. Fleet," and Tracy was a judge on the USA Network series "Nashville Star." Gershon's father worked in the import-export business, and her mother was an interior decorator. Gina attended Collier Street Elementary School, Woodland Hills Academy, and Beverly Hills High School, and she began acting when she was 14 years old. After graduating in 1980, Gershon enrolled at Emerson College in Boston, then she transferred to New York University, where she earned a BFA in drama in 1983.

Gina studied with David Mamet, Harold Guskin, and Sandra Seacat at New York's Circle in the Square Professional Theater School, and her first professional acting jobs were theatrical productions of "The Substance of Fire" and "Camille." She co-founded the NYC theatre company Naked Angels in 1986, and on Broadway, she has played Sally Bowles in "Cabaret" and Rosie Alvarez in "Bye Bye Birdie." Gershon made her film debut as a dancer (uncredited) in 1981's "Beatlemania," and in 1984, she appeared in The Cars' music video for "Hello Again." In 1986, she had a small role in "Pretty in Pink," then she guest-starred on "The Twilight Zone" (1987) and "The Days and Nights of Molly Dodd" (1989) and appeared in the films "Sweet Revenge" (1987), "Red Heat" (1988), "Cocktail" (1988), and "Suffering Bastards" (1989). In 1990, she starred in the horror film "Voodoo Dawn," then she co-starred with Steven Seagal in 1991's "Out for Justice" and portrayed Nancy Barbato Sinatra in the 1992 miniseries "Sinatra." Gina guest-starred on "Melrose Place" (1993), "The Untouchables" (1994), and "Ellen" (1997), and from 1999 to 2000, she played the lead role of Glenn Hall on the ABC series "Snoops." She appeared in "The Player" (1992) and "Joey Breaker" (1993), and in 1995, she starred as Cristal Connors in "Showgirls." In 1996, Gershon co-starred with Jennifer Tilly in the crime thriller "Bound," which won a GLAAD Media Award for Outstanding Film (Wide Release) and earned Gina Saturn Award and MTV Movie Award nominations. 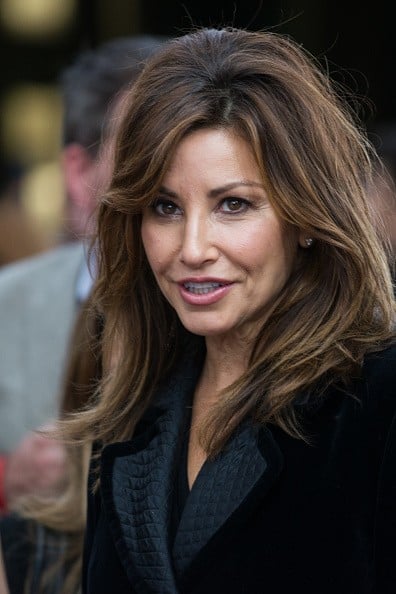 Gina dated Bobby Dekeyser from 2012 to 2016. Dekeyser is a former football goalkeeper who founded the outdoor furniture manufacturer DEDON and the luxury resort DEDON ISLAND. In 2012, Gershon published the book "In Search of Cleo: How I Found My Pussy and Lost My Mind," which "follows Gina's desperation and despair when her assistant loses her beloved cat, Cleo." A portion of the book's proceeds were donated to animal charities, such as Green Chimneys, North Shore Animal League, and Pets Alive Animal Sanctuary.