Gina Bellman is an actress from New Zealand who has a net worth of $3 million. Gina Bellman gained her net worth through appearing in several British productions. She's currently appearing in the TNT show, Leverage. Born in Auckland, Bellman and her family moved to Britain when she was eleven. By the age of 16, she made her acting debut in ITV's children series Into the Labyrinth.

She also appeared in two episodes of BBC's school drama Grange Hill. The mum-of-one made a name for herself for her performance in Dennis Porter's, Blackeyes and BBC's award-winning comedy sitcom, Coupling. Since then, Bellman became a regular in notable British productions, including Jonathan Creek, Waking the Dead and Jekyll, as well as making TV guest appearances on comedy classic Only Fools and Horses. From 2008, Bellman stars alongside Timothy Hutton in the TV series Leverage. Since joining the show, Bellman received a Saturn Award nomination for best actress in television. Bellman, who once dated actor Sam Rockwell, also made a name for herself on the big screen: she appeared in several feature films including King David starring Richard Gere and Edward Woodward. 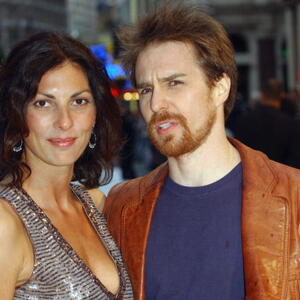