Gillian Vigman net worth: Gillian Vigman is an American actress who has a net worth of $500 thousand dollars. Gillian Vigman was born in Holmdel, New Jersey, and first gained notice as a comedian and comic actor in Chicago, while performing with The Second City. Her work as a touring performer with the Second City National Touring Company, led to small roles in such projects as "Love 101", "Dragonfly", and "Scrubs".

In 2003, she gained wider recognition, when she was cast on the sketch comedy show, "MADtv". She has since worked steadily in film and television, appearing in guest-starring, co-starring, and starring roles in such projects as "The 40-Year-Old Virgin", "Sons & Daughters", "According to Jim", "American Body Shop", "Accidentally on Purpose", "Step Brothers", "The Slammin' Salmon", "The Hangover", "Parks & Recreation", "The Defenders", "All About Steve", "Date Night", "United States of Tara", "New Girl", "Californication", "Suburgatory", "Cougar Town", and "Chopped". 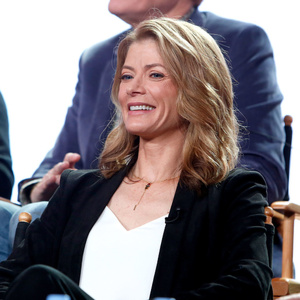