Gillian Taylforth Net Worth: Gillian Taylforth is an English actress who has a net worth of $15 million. Gillian Taylforth was born in August of 1955 and is best known for her roles on various TV shows, including those that ran on the BBC and ITV, such as EastEnders, Footballers Wives, and The Bill.

She has also appeared as a celebrity participant on the reality TV show, Strictly Come Dancing (the UK version and precursor to America's Dancing with the Stars), on which she competed in 2008. She also competed in the celebrity version of Big Brother in January of 2013. In 1988, Taylforth began a relationship with Geoff Knights, which gained a large amount of public scrutiny due to his supposed abusive behavior. However, the couple split in 2009 after having two children together, Jessica, who was born in 1992 and Harrison, born in 1999. They also suffered from two miscarriages, one of which was late term. Throughout their 23-year relationship, there were various reports of abuse, which attracted widespread media attention. Her sister is fellow actress, Kim Taylforth. She released a book in 1995, an autobiography, which outlined her life, including how she got into acting. The book is called Kathy and me. 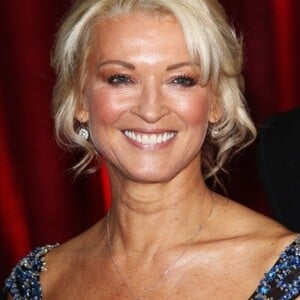