Gilles Marini net worth and salary: Gilles Marini is a French actor who has a net worth of $6 million. Gilles Marini is perhaps most famous from his performance on well-known American TV show "Brothers & Sisters" in the role of Luc Laurent. He also appeared the film Sex and the City: The Movie, he was born on January 26, 1976 in Grasse, Provence-Alpes-Cote d'Azur, France to a Greek mother and an Italian father.

Gilles started working with his father at the family bakery when he was eight, after he graduated from high school he joined the French army and was stationed in Paris. After his military tour was completed he moved to the United States to learn English while working as a model. As a model in his early 20's one of his first jobs was a television commercial for Bud Light beer. His acting debut came about in 2005 in the horror flick Screech of Decapitated, he was 29 years old. In his role as Dante in Sex and the City: The Movie he had a full frontal nude scene. In addition to Brothers & Sisters he has appeared on several TV shows including; Ugly Betty, Criminal Minds, Nip/Tuck, The Bold and the Beautiful and Passions. Some of his recent film credits include One and the Other (L'Une et L'Autre) and The Boys & Girls Guide to Getting Down, he performed on the eight season of ABC's Dancing with the Stars finishing in second place with his dancing partner Cheryl Burke. He also appeared as Bay Kennish's biological father, Angelo Sorrento, in Switched at Birth. He has a wife, Carole and two children. 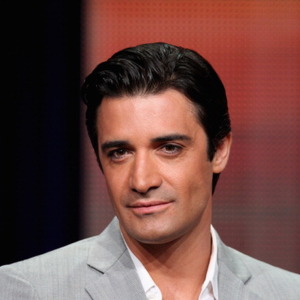