Gil Gerard net worth: Gil Gerard is an American actor who has a net worth of $1 million. Gil Gerard was born in Little Rock, Arkansas in January 1943. He is best known for playing the role of William "Buck" Rogers on the television series Buck Rogers in the 25th Century.

He was an industrial chemist before moving to New York to study drama while driving a taxicab. Gerard's best known role came starring as Capt. William "Buck" Rogers in the TV series Buck Rogers in the 25th Century from 1979 to 1981. From 1986 to 1987 he starred as Jake Rizzo in the television series Sidekicks. In 1989 Gerard starred as Dr. Paul Petrillo in the TV series Nightingales. He also starred in the movies Some of My Best Friends Are, Man on a Swing, Airport '77, Hooch, Buck Rogers in the 25th Century, Fury to Freedom, Soldier's Fortune, Looking for Bruce, Dire Wolf, and Blood Fare. Gerard appeared on the Discovery Health Channel TV series Action Hero Makeover in 2005 where he had lifesaving mini-gastric bypass surgery and lost 145 pounds in 10 months. In 2014 he appeared in an episode of the web series Star Trek: Phase II. 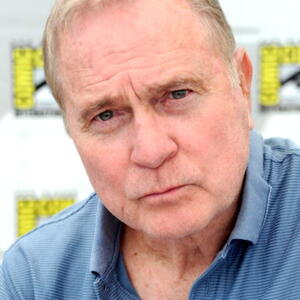