How much is Giancarlo Esposito Worth?

Giancarlo Esposito Net Worth: Giancarlo Esposito is a Danish-born American actor and director who has a net worth of $8 million. He is best known for portraying Gus Fring in the award-winning television show "Breaking Bad" and its spin-off "Better Call Saul.'

Early Life: Giancarlo Esposito was born Giancarlo Giuseppe Alessandro Esposito on April 12th, 1958 in Copenhagen, Denmark. His father worked as a stagehand and carpenter from Naples, Italy. His mother was an opera and nightclub singer from Alabama. He is of Italian and African-American ancestry. When he was six years old, his parents and older brother moved to New York City, which is where he would spend his adolescence and teenage years. He was a natural performer, and at only eight years old, he made his Broadway debut in the play "Maggie Flynn." He played the role of a child slave opposite notable actress and singer Shirley Jones, and he continued to act in Broadway and off-Broadway productions throughout his childhood. When he was thirteen, he had a part in the Tony winning musical "Seesaw" and has stated that particular role was his first feeling of success. Although he could have continued to act and make a career of it without further education, he wanted to learn the technical aspects of theater and performing, so at age 17, he enrolled in Elizabeth Seton College in Yonkers, New York where he got a two-year degree in radio and television communication. In addition to having a passion for the industry, he wanted to have a desirable backup plan in case acting didn't work out.

Career: After graduating from Elizabeth Seton College in 1977, Esposito worked as a singer for the educational children's television show "The Electric Company," which was a sister show to "Sesame Street." He went on to play the role of a camp counselor on "Sesame Street" from 1982 to 1984. In the eighties, he had minor roles in several films and got his break in Spike Lee's 1988 musical comedy "School Daze." Grossing over $14 million dollars, it was a financial success because of its meager $6.5 million dollar budget. Esposito was subsequently cast in Spike Lee's 1990 drama "Mo' Better Blues," his 1992 biographical drama "Malcom X," and his 1898 comedy drama "Do the Right Thing." He had a supporting role in the 1994 independent drama "Fresh" and was nominated for an Independent Spirit Award for his performance. In 1995, he had a supporting role in the critically acclaimed film "The Usual Suspects," as well as one of the leading roles in the independent film "Smoke." Even at this stage in his career, he had developed a talent for a fitting himself into a variety of personas and characters. With the addition of his role as a lieutenant and werewolf in the 1997 miniseries "Creature," he had played a drug lord, an FBI Agent, a crisis telephone operator, a transsexual, a hostage-taker, and a reverend. His portrayal of FBI Agent Mike in the seventh season of the popular series "Homicide: Life on the Street" gained him more widespread recognition. In 2001, he played Muhammad Ali's father in the biographical drama "Ali" and had a supporting role in the black comedy "Monkeybone."

He played a lawyer in the 2002 show "Girls Club," which only ran for one season. He spent the next few years taking small parts on television shows and mini-series including "Law & Order," "5ive Days to Midnight," "South Beach," "Ghost Whisperer," and "Bones." In 2006, he had a supporting role in the film "Last Holiday" starring alongside Queen Latifa. He made his directorial debut in 2008 with the film "Gospel Hill." The drama stars Danny Glover and Samuel L. Jackson. While it was not screened in theaters, it was shown at a number of film festivals, and Esposito won an award at the Nashville Film Festival and the Ft. Lauderdale International Film Festival for his work. Also in 2008, he was in the Broadway production of the Tennessee Williams play "Cat on a Hot Tin Roof."

Breaking Bad and After: By the time he would find mainstream success with his role as the leader of a meth trafficking ring in "Breaking Bad," Esposito already had developed a reputation for playing stoic figures of power. He made his first appearance as Gus Fring in the show's second season in 2009, and his character remained active until his death in the fourth season. His performance earned him critical acclaim. In 2012, he won a Critics' Choice Television Award for Best Supporting Actor in a Drama and was nominated for an Emmy Award. The entire cast was nominated for a Screen Actors Guild Award for Outstanding Ensemble in a Drama Series in 2012. His portrayal of Gus Fring was popular enough among fans to get him a prominent role in the show's spin-off prequel "Better Call Saul." While the prequel focuses on the life of Jimmy, Walter and Jesse's lawyer in "Breaking Bad," Gus Fring enters into that storyline in its third season. For his performance in the spin-off, he has received two more Emmy nominations and a second Screen Actors Guild Award nomination.

In addition to his work on "Breaking Bad" and "Better Call Saul," he was on several other television shows in the 2010s including "Allegiance," "The Get Down," "Once Upon a Time," "Rebel," and "Westworld." He acted as a narrator to the series "Dear White People" and a voice actor in the animated series "Dallas and Robo" as well as the animated series "Harley Quinn." He voiced a character in the 2016 film "The Jungle Book." In 2019, he landed a leading role in the Disney series "The Mandalorian," which is part of the Star Wars franchise. He stars in the crime drama television show "Godfather of Harlem," which premiered on Epix in September of 2019.

Personal Life: Esposito married producer Joy McManigal in 1995, but the two divorced in 2015. They have four daughters together. He is fluent in Italian and Spanish. In 2014, he received a star on the Hollywood Walk of Fame. 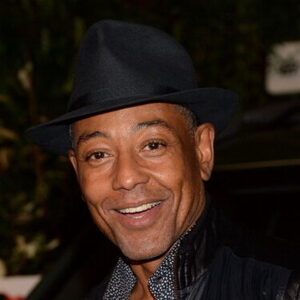