Gia Allemand net worth: Gia Allemand was an American actress, model, and reality television contestant who had a net worth of $100 thousand. Gia Allemand was born in Howard Beach, Queens, New York in December 1983 and passed away in August 2013. She started modeling at a young age and appeared in Johnson & Johnson Ads and was a Gerber Baby.

She won a swimsuit competition at 19 and finished 2nd at the Miss Hawaiian Tropic competition and the Miss Red Hot Taj Mahal Super Bowl contest in 2005. Allemand was a swimsuit model for Maxim magazine in 2007 and was named Miss Bikini-USA's Model of the Year in 2008. She placed 1st in the bikini short class of the NPC Arnold Amateur Championships in 2009. She was a contestant on the ABC reality TV series The Bachelor: On the Wings of Love in 2010. She later was part of the cast of ABC's Bachelor Pad. Gia dated NBA basketball player Ryan Anderson. She was admitted to the University Hospital in New Orleans in 2013 after an attempted suicide by hanging and was later declared brain dead. Gia Allemand passed away on August 14, 2013 at the age of 29. 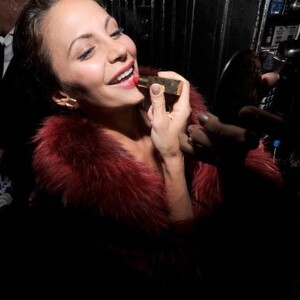