Geri Jewell net worth: Geri Jewell is an American actress and stand-up comedian who has a net worth of $1 million. Geri Jewell was born in Buffalo, New York in September 1956. From 1980 to 1984 she starred as Geri Tyler on the television series The Facts of Life. Jewell starred as Rose on the soap opera The Young and the Restless in 2004.

From 2004 to 2006 she starred as Jewel on the TV series Deadwood. In 2013 she had a recurring role as Geri Jewell on the series Child of the '70s. In 2006 she starred as Aunt Lolly in the movie The Night of the White Pants. Geri Jewell has also appeared in episodes of the TV series the New Lassie, 21 Jump Street, Strong Medicine, Alcatraz, Glee, and more. She has authored the books Geri in 1984 and I'm Walking as Straight as I Can in 2011. Starring on The Facts of Life she became the first person with a visible disability on a prime time TV series and the first actor with cerebral palsy on a television series. 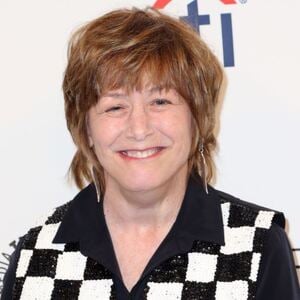