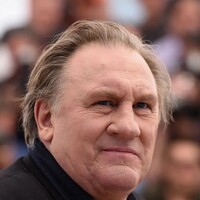 What is Gerard Depardieu's Net Worth?

Gerard Depardieu is a French actor, filmmaker, businessman and vineyard owner who has a net worth of $250 million. Gerard Depardieu has worked in approximately 170 movies since 1967. Known and appreciated for his portrayal of gentle yet masculine characters, he has twice won the César Award for Best Actor as well as the Golden Globe award for Best Actor in the film "Green Card."

Gerard Depardieu was born December 27, 1948 in Châteauroux, France. He is one of five children of Anne Jeanne Josephe and Rene Maxime Lionel Depardieu. Depardieu left school at the age of 12, ran away from home, and worked at a printworks shop and bounced from home to home, hustling and scheming to survive. He also became involved in selling stolen goods and received probation. He left his hometown at the age of sixteen for Paris where he began acting in the new comedy theatre Cafe de la Gare and studied dancing under Jean-Laurent Cochet.

Gerard Depardieu made his screen debut in 1965 when he appeared in a short film titled "Beatnik et le minet." After that, he began to appear in increasingly higher-profile French films. Depardieu's first role to gain him wide attention was when he played Jean-Claud in "Les Valseuses" ("Going Places") in 1974. He also starred in "1900" with Robert De Niro in 1976. Depardieu also starred alongside French screen legend Catherine Deneuve on The Last Metro (1980) for which he won his first Cesar Award—the French equivalent of an Academy Award— for best actor. After he appeared as a doomed and hunchbacked farmer in 1986's "Jean de Florette," he began receiving international attention. In 1989, he starred in "Camille Claudel." 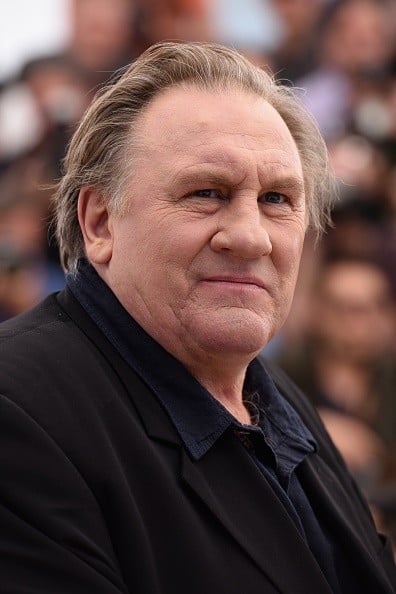 After he garnered huge critical acclaim for the title role in 1990's "Cyrano de Bergerac," which earned him an Academy Award nomination and the best actor award at the Cannes film festival, Depardieu acted in many big-budget Hollywood movies. He did as many as six films per year. He co-starred in Peter Weir's English language romantic comedy "Green Card" in 1991, for which he won a Golden Globe Award for best actor. In 1991, In 1992, he appeared in Ridley Scott's "1492: Conquest of Paradise." In 1994, Depardieu played a goofy dad to Katherine Heigl's character in "My Father the Hero," a remake of a 1991 French film of the same and premise, in which he also starred. Depardieu then appeared in 1996's "Hamlet" and Ang Lee's critically acclaimed film "Life of Pi" in 2012. In 2013, he starred in an indie film titled "A Farewell to Fools."

Depardieu married Elisabeth Guignot in 1970. They had two children together. Their first son, actor Guillaume Depardieu (b. 1971), tragically died in 2008 at the age of 37 due to severe viral pneumonia. His health had been adversely affected by a drug addiction and a 1995 motorcycle accident that required the amputation of his right leg in 2003. Guillaume and Gerard had a turbulent relationship but had reconciled in the years before his death. Their daughter Julie (b.1973) is also an actor. The couple separated sometime in 1991, during this time Depardieu conceived a daughter (Roxanne, b. 1992) with model Karine Silla. In 1996, Depardieu and Guignot divorced and he began a relationship with actress Carole Bouquet, his co-star in "Cyrano de Bergerac," who he remained partners with until 2005. In July 2006, he had a son with Helene Bizot. Since 2005, Depardieu has been in a relationship with Clementine Igou. She is 30 years his junior and runs a wine estate in Italy.

Depardieu, unfortunately, has made headlines for some of his off-screen antics as well. He has been in several accidents, including a 1998 motorcycle crash, and in August 2011, got into trouble on a CityJet flight for being intoxicated and allegedly urinating in the aisle of the plane bound for Dublin from Paris. He attributed the incident to urinary incontinence caused by a prostate problem, with the flight attendant not allowing him to get up from his seat because the aircraft was already taxing.

The next year, he was accused of assault and battery for punching a motorist in Paris. In November 2012, he was arrested for drunk driving after he fell from his scooter. In 2014, he claimed that he could drink up to 14 bottles of wine per day, and in 2016 he declared he had given up alcohol.

Depardieu was accused of sexual assault and rape in August 2018 by a 22-year-old actress and dancer. The unnamed actress was the daughter of a friend of Depardieu. She reported being assaulted twice by Depardieu in his home in Paris during rehearsal sessions, as she was being coached by him for an upcoming theatre role. She made her statement to police in Lambesc, southern France, after which the case was passed to the capital. He denied the allegations and in 2019, the charges were dropped after a nine-month police investigation.

In 2012, Depardieu announced publicly that he was renouncing his French passport and he had moved to Belgium. He made the move soon after French President Francoise Hollande announced a 75% temporary "supertax" on anyone who earns more than $1 million euros ($1.3 million). Belgium also does not have a death tax. In a letter published in French papers in December 2012, Gerard said he lost 85% of his income to French taxes in the previous 12 months. He also said he has paid the French government $192 million in taxes over a four decade career. That implies total income well over $500 million.

In 2013, he became a citizen of Russia in order to avoid paying extra taxes in France.