Geraldine Hughes net worth: Geraldine Hughes is a British actress who has a net worth of $500 thousand. Geraldine Hughes was born in Belfast, Northern Ireland in 1970. Hughes won a scholarship and attended college in the United States. She first starred in the TV movie Children in the Crossfire in 1984.

Hughes had recurring roles in the television series Blue Bloods in 2013 and The Blacklist from 2013 to 2014. She has starred in the movies The End of the World Man, St. Patrick's Day, Duplex, Rocky Balboa, Gran Torino, Pumpgirl, Dead Souls, and Time Out of Mind. Hughes has also appeared in episodes of the TV series ER, Profiler, The Guardian, Oliver Beene, Law & Order: Special Victims Unit, Law & Order, The Good Wife, Mercy, Nurse Jackie, and Law & Order: Criminal Intent. Hughes also starred as Mary Todd Lincoln in the TV movie Killing Lincoln. 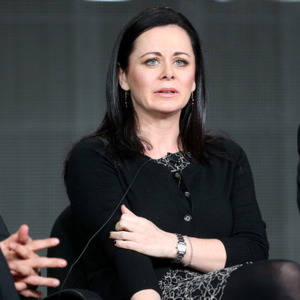