What is Gerald McRaney's Net Worth?

Gerald McRaney is an American actor who has a net worth of $8 million dollars. That is a combined net worth with his wife since 1989, fellow actor Delta Burke. Gerald has appeared in dozens of notable television and film projects over the decades. He is perhaps best-known for starring in in the series "Simon & Simon," "Major Dad," "Filthy Rich," "Promised Land," "House of Cards," and "This is Us." He won an Emmy Award for his guest-starring performance on the latter. Among McRaney's other credits are the television shows "Jericho," "Deadwood," "Castle," and "Longmire," and the films "Get Low," "Red Tails," and "Focus."

Gerald McRaney was born in Collins, Mississippi, and went on to attend the University of Mississippi. His professional career began in the oil fields in Louisiana. He began his professional acting career appearing in horror films in the late 60s and early 70s. From there, he went on to steady work, primarily on television. He played co-starring, guest-starring, and supporting roles on such shows as "The Waltons", "Gunsmoke", "Hawaii Five-O", "The Six Million Dollar Man", "The Rockford Files", "Logan's Run", "The Dukes of Hazard", "The Incredible Hulk", "Magnum P.I.", and "Designing Women".

He also appeared in such films and television movies, as "The Haunting Passion", "The NeverEnding Story", and "Armed and Innocent". He is most widely recognized for his work on two different popular television series, "Simon and Simon" and "Major Dad".

Gerald McRaney was born on August 19, 1947 in Collins, Mississippi, the son of Edna and Clyde. He is of Choctaw Native American and Scottish heritage. For his higher education, McRaney went to the University of Mississippi. He went on to work in oil fields in Louisiana.

In 1969, McRaney made his acting debut starring as Wesley Stuart in the low-budget horror film "Night of Bloody Horror." The next year, he was in another horror film, "Women and Bloody Terror."

Television Career in the 70s and 80s

McRaney began his prolific television career in the early 70s with appearances on such shows as "Night Gallery," "Alias Smith and Jones," and "Gunsmoke." He went on to appear on numerous other series throughout the decade, including "Cannon," "The Waltons," "Barnaby Jones," "Mannix," "The Law," "The Streets of San Francisco," "The Rockford Files," "The Blue Knight," "Hawaii Five-O," and "Switch." McRaney was also in a handful of episodes of "The Incredible Hulk," playing various roles such as a jealous boyfriend and a disturbed police chief. He closed out the decade with roles in the miniseries "Roots: The Next Generations" and on the shows "How the West Was Won," "240-Robert," and "The Dukes of Hazzard."

Starting off the 80s, McRaney was in the television films "The Aliens Are Coming," "Where the Ladies Go," "Rape and Marriage: The Rideout Case," and "The Seal." In 1981, he began his most famous role, playing Detective Rick Simon on the CBS crime drama "Simon & Simon." The show ran for eight seasons through 1989. Also in the 80s, McRaney appeared in the television films "Memories Never Die," "The Haunting Passion," "City Killer," "Easy Prey," "A Hobo's Christmas," "The People Across the Lake," "Where the Hell's That Gold?!!?," and "Murder by Moonlight." He was also in two episodes of "Designing Women," and began starring as Major John D. MacGillis on the CBS sitcom "Major Dad." The show aired for four seasons through 1993.

While he was still on "Major Dad," McRaney appeared in the television films "Blind Vengeance," "Vestige of Honor," "Love and Curses… And All That Jazz," "Fatal Friendship," and "Scattered Dreams." He followed this with the television film "Armed and Innocent" and episodes of the shows "Burke's Law," "The Commish," and "Diagnosis: Murder." From 1995 to 1996, McRaney played business mogul Adam Brock in the final eight episodes of the primetime soap opera "Central Park West." Also in 1996, he began playing the main role of Russell Greene on the CBS drama "Promised Land," a spinoff of "Touched by an Angel." The show ran for three seasons through 1999. McRaney's other credits in the 90s include the television films "Motorcycle Gang," "Someone She Knows," "The Stranger Beside Me," and "A Holiday Romance."

In the early 00s, McRaney was in episodes of "These Arms of Mine," "JAG," "Danger Beneath the Sea," "The West Wing," "Third Watch," "Presidio Med," "The Dead Zone," "Mister Sterling," and "One Tree Hill." From 2005 to 2006, he portrayed George Hearst on the Western series "Deadwood." In the latter year, he also began playing Johnston Green on the post-apocalyptic action drama "Jericho." McRaney's additional credits during the decade include the television films "Becoming Glen" and "Ike: Countdown to D-Day" and the shows "Women's Murder Club" and "CSI: Crime Scene Investigation." 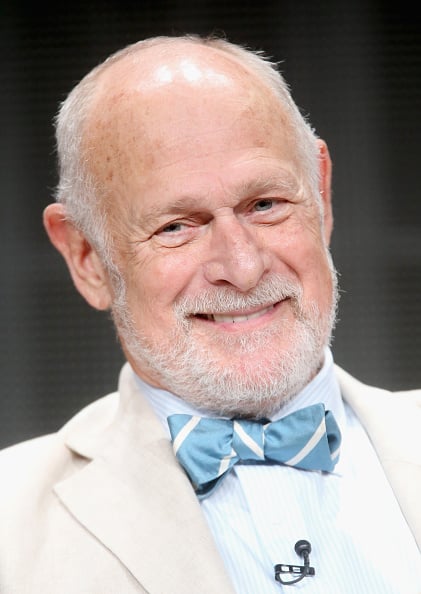 McRaney had some of his most notable roles in the 2010s. At the beginning of the decade, he played Carlton Shaw on the NBC spy series "Undercovers." This was followed by recurring roles on "Fairly Legal," "Mike & Molly," "Longmire," "Justified," and "Southland." From 2013 to 2017, McRaney played energy billionaire Raymond Tusk on the Netflix series "House of Cards." He was subsequently in multiple episodes of "NCIS: Los Angeles" and "Agent X," as well as the television film "Dolly Parton's Coat of Many Colors." McRaney landed one of his most acclaimed roles in 2016, when he began playing Dr. Nathan Katowski on the NBC drama "This is Us." He continued on the show through 2020, winning an Emmy Award for Outstanding Guest Actor in a Drama Series.

Among McRaney's other television credits, he costarred as oil man Henry Donovan on the Fox spinoff series "24: Legacy" in 2017. The next year, he had another main role on the short-lived drama "Shooter." In 2019, McRaney reprised his role as George Hearst in "Deadwood: The Movie," and appeared in an episode of the Netflix anthology series "Heartstrings." He subsequently played minister Eugene Monreaux on the short-lived drama "Filthy Rich."

Following his roles in low-budget genre pictures in the 70s, McRaney had his first role in a Hollywood movie in 1984's "The NeverEnding Story." Two years later, he was in the crime drama "Jackals." McRaney didn't return to the big screen until 2000, when he played Col. Samuel Sturgis in "Comanche." He was subsequently in 2002's "Hansel and Gretel," 2006's "Saving Shiloh," and 2009's "Get Low." In 2010, McRaney played the villainous General Morrison in the film adaptation of "The A-Team." His other film credits have included the war film "Red Tails," the romantic drama "The Best of Me," the dark comedy "Focus," and the psychological horror film "The Disappointments Room."

In 1967, McRaney wed his first wife, Beverly Root; they divorced in 1971. A decade later, he married Pat Moran, whom he divorced in 1989. That year, McRaney married his third wife, actress Delta Burke, whom he had met on the set of "Simon & Simon" two years earlier.

Having portrayed a Marine Corps veteran on "Simon & Simon" and a Marine Corps officer on "Major Dad," McRaney made several visits to support American soldiers during the Gulf War. He also chaired the Department of Veterans Affairs' 2002 National Salute to Hospitalized Veterans campaign.