Georgia Groome net worth: Georgia Groome is an English actress who has a net worth of $3 million. Georgia Groome was born in Nottingham, Nottinghamshire, England, United Kingdom in February 1992. From 2013 to 2015 she had a recurring role as Emily on the television series Up the Women. Groome's first feature film role came starring as Joanne in the movie London to Brighton in 2006.

She has also starred in the films The Cottage, Angus, Thongs and Perfect Snogging, The Disappeared, The True Meaning of Love, The Holding, The Great Ghost Rescue, Papadopoulos & Sons, Taking Stock, and Double Date. Georgia Groome has also starred in the shorts or TV movies A Fish Out of Water, My Mother, Leaving Eva, Silent Things, Six Degrees, Cardinal, The Dispute, Ana, Graduation Afternoon, and Life in Orbit. At the age of nine she starred in a touring stage version of Annie Get Your Gun. 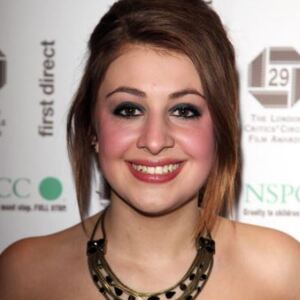