What is George Wendt's Net Worth and Salary?

George Wendt is an American actor and comedian who has a net worth of $25 million. George Wendt is best known for playing the role of Norm Peterson in the TV sitcom "Cheers." He won considerable acclaim for this performance, earning himself six consecutive Emmy nominations for Outstanding Supporting Actor in a Comedy Series. Outside of television work, Wendt has appeared in films such as "Fletch," "Gung Ho," "Dreamscape," "House," "Forever Young," "Hostage for a Day," "Man of the House," and "Lakeboat."

George Robert Wendt Jr. was born on October 17th, 1948 in Chicago, Illinois. He was raised in the Chicago neighborhood of Beverly, Illinois alongside eight siblings in a family with Irish and German heritage. His grandfather was a well-known photographer named Tom Howard. Actor Jason Sudeikis is his nephew. Although he was born in Chicago, he actually attended high school in Prairie du Chien in Wisconsin.

After graduating from high school, Wendt attended the University of Notre Dame and received a 0.00 GPA during his first semester. This resulted in his immediate expulsion. However, George continued his post-secondary education at Rockhurst College in Kansas City, Missouri. He attended class this time and eventually graduated with a B.A. in economics.

After leaving college, George Wendt became involved with The Second City, which is a comedy troupe based in Chicago. This group is famous for producing various well-known actors, and George joined them in the 70s. However, his first job wasn't all that glamorous, as he was tasked with sweeping the floors. During his time with Second City, Wendt met his future wife, Bernadette Birkett. She would later appear alongside George in several episodes of "Cheers." The couple went on to have three children together.

George Wendt eventually started acting professionally in the early 1980s with small roles in movies like "My Bodyguard." His early TV roles came with series like "Taxi," "Soap," and "M*A*S*H."

George Wendt's true breakthrough came in 1982, when he booked the role of Norm Peterson in the series "Cheers." He would eventually appear in every single episode of the series, which spanned 275 episodes and ran until 1993. During this period, George was nominated for six Emmys but failed to win each time.

At the peak of his time on "Cheers" George Wendt earned $200 thousand per episode. That worked out to around $5 million per season. After adjusting for inflation, that's the same as earning around $10 million per year in today's money.

After "Cheers" finally came to a close, George explored a wide range of additional acting opportunities. During his time on the show, he had appeared on "Saturday Night Live." He also found time to appear in films such as "Never Say Die." From the early 90s onwards, he continued to appear in "SNL" from time to time. A notable appearance came with the British show "Oblomov," while he also appeared on the original British version of "Who's Line Is It Anyway?" In 1991, Wendt appeared in one of Michael Jackson's music videos. During this period, he also booked roles in movies like "Guilty by Suspicion" and "Forever Young," joining actors such as Robert De Niro and Mel Gibson. 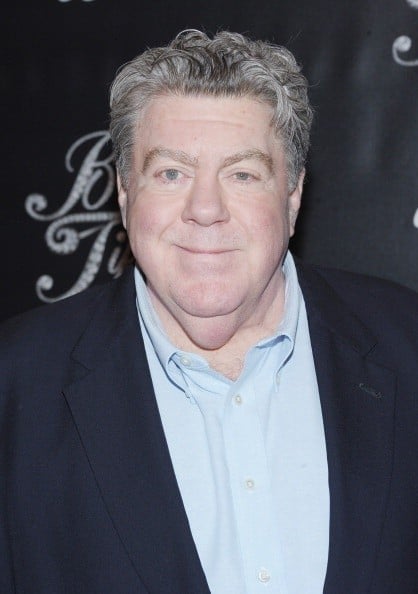 Although he was given his own show at one point, "The George Wendt Show" only lasted one year and was aired throughout 1995. That year, he also starred in one of the last episodes of the iconic TV show "Columbo." Throughout the 90s, George booked roles in shows like "Seinfeld." He also voiced his "Cheers" character in animated series like "The Simpsons" and "Family Guy." During this period, he also appeared in shows like "Frasier" and "Becker."

Wendt's film career also advanced during the mid-90s. He joined Chevy Chase, Jonathan Taylor Thomas, and Farrah Fawcett in the 1994 film "Man of the House." In 1999, he played another notable role in the film "Outside Providence." During the late 90s, Wendt cultivated his on-stage career as well, booking a role in "Art," which was first staged in West London. He then continued to play the role during the play's Broadway run.

More music video appearances followed in the 2000s, and George continued to book roles in series like "Sabrina, The Teenage Witch." He also hosted a reality show called "House of Dreams" and joined the cast of "Modern Men." During this period, Wendt appeared on various talk shows, including "The Larry Sanders Show" and "Late Night with Conan O'Brien." Towards the latter part of the 2000s, George appeared in series like "Masters of Horror" and booked roles in movies like "Santa Baby." He also continued to book stage roles in plays like "Twelve Angry Men."

He also appeared in the British sitcom "The Green Green Grass" while also continuing his stage work with a Broadway production of the musical "Hairspray." In the sixth season of "Last Comic Standing," he joined fellow "Cheers" co-star John Ratzenberger. He later appeared in the 2008 horror movie "Bryan Loves You." Towards the end of the decade, Wendt collaborated heavily with Stephen Colbert.

During the 2010s, Wendt once again appeared in a production of "Hairspray" and played Santa Claus in the play "Elf: The Musical." In 2011, he appeared in the series "Hot in Cleveland." After a brief cameo in "Portlandia," Wendt joined his wife in another stage performance in Kansas. More stage performances followed before Wendt booked a role in the sitcom "Clipped." Yet another production of "Hairspray" soon followed in Baltimore before George played the iconic role of Willy Loman in a production of "Death of a Salesman" in Ontario, Canada in 2017. 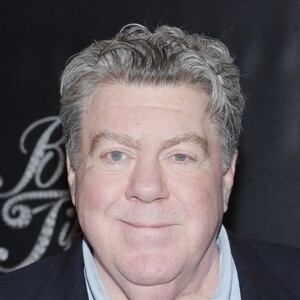