How much is George Segal Worth?

George Segal net worth: George Segal was an American actor who had a net worth of $10 million dollars at the time of his death. George died on March 23, 2021 at the age of 87. He enjoyed a long and fruitful career but was probably best-known for starring in comedy series like "The Goldbergs" and "Just Shoot Me".

George Segal was born in Great Neck, New York on February 13, 1934. He went on to attend Haverford College but ultimately graduated from Columbia University. George began his professional career in the theater, working as both an actor and musician. He signed a contract with Columbia Pictures in 1961, and began appearing in movies immediately.

He worked steadily from that point on. Some of his projects include "The Young Doctors", "Invitation to a Gun Fighter", "King Rat", "Who's Afraid of Virginia Woolf?", "The St. Valentine's Day Massacre", "Where's Poppa?", "The Owl and the Pussycat", "A Touch of Class", "The Terminal Man", "The Zany Adventures of Robin Hood", "Murphy's Law", "The Look Who's Talking" franchise, "Flirting with Disaster", "Tracy Takes On…", "Boston Legal", "Entourage", and "Made for Each Other".

George was most widely recognized by contemporary audiences for his co-starring role on "Just Shoot Me". He also co-starred on "The Goldbergs". 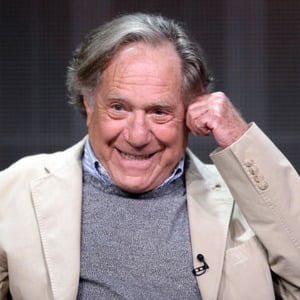