George Raft net worth: George Raft was an American actor and dancer who had a net worth of $1 million. George Raft was born in Hell's Kitchen, New York City, New York in September 1901 and passed away in November 1980. He was best known for his roles as gangsters in crime melodramas during the 1930s and 1940s.

He is best known for his roles in the movies Scarface in 1932, Bolero in 1934, Each Dawn I Die in 1939, They Drive by Night in 1940, and Some Like it Hot in 1959. His screen image became more realistic due to the fact that he was associated with New York gangsters in real life. Raft turned down roles that became breakout hits for other actors such as Humphrey Bogart. In 1953 he starred as Police Lt. George Kirby in the television series I'm the Law. Raft received stars on the Hollywood Walk of Fame in 1960 for Motion Picture and Television. George Raft passed away on November 24, 1980 at the age of 79 from leukemia. 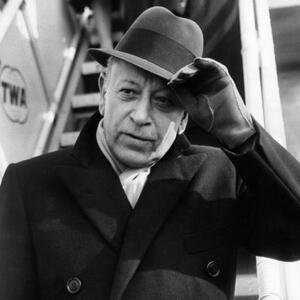